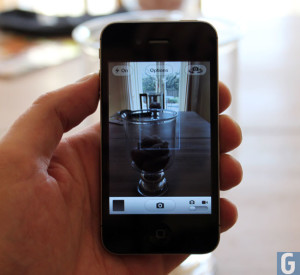 A dying woman sat in her kitchen, delivering “motherly exhortations” and her last will and testament to a video camera.

The 85-year-old widow glanced across the room at one of her daughters, who stood to inherit a larger share of the estate if the “video will” could alter a written will signed just two days earlier.

It is a scenario that might ring alarm bells, and which raises questions about whether a will that is not in writing and witnessed by at least two people is legally valid.

The NSW Supreme Court grappled with these questions recently in a decision traversing the intersection of law and technology.

The woman, who was born in China, made a formal written will in her solicitor’s office on March 6, 2012, dividing her $930,000 estate between her eight children who were scattered across the world.

She had intended to leave a greater share of the estate to two of her daughters in NSW, in recognition of their recent support. But one of the daughters persuaded her mother not to do so.

Two days later, “acutely conscious of her mortality”, the dying woman changed her mind. She was determined to give her daughters something more and decided to record her wishes on video, with the help of the second daughter and her husband.

“She was warned that a video recording might not operate in law as a will for a want of formality,” Justice Geoff Lindsay said.

“She was not deterred. She expressed a strong desire to speak to her children in making her intentions known to them after her death.”

Justice Linsday said he understood “the court had never before admitted a video will to probate”. It also appeared to be the first time the court had considered the interaction between a legal provision allowing the court to dispense with the requirement that a will be in writing, and provisions limiting the circumstances in which a beneficiary under a will can be a witness to it.

Justice Linsday said the woman made a “series of short, and apparently well-considered, disciplined statements of intent (coupled with motherly exhortations in passing) that stand neatly with the will as an alteration of the primary document”.

He ruled that, in light of the evidence and the absence of any objection from the other siblings, there was “no room for doubt” the will was voluntarily made. He admitted the video as an informal will.

But Justice Lindsay sounded a note of caution to others considering delivering a will to camera. The costs of the case and the substantial delay in processing the probate application – Ms Chan died in June 2012 – were the result of legal uncertainty about validity of a video will.

Family Law solicitor Ben O’Sullivan said his advice to clients was “always to comply strictly with the rules”, including reducing a will to writing and having independent witnesses.

He questioned why in this case a solicitor could not have attended to “record the updated testamentary intention and reduce that to writing”.