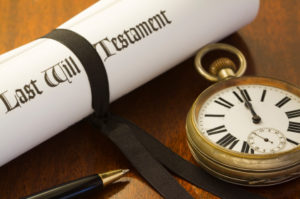 SPOUSES will automatically inherit the estates of their partners when they do not leave a will, under new laws that come into force in NSW today.

Previously, estates of people who died intestate were distributed between spouses and their children.

Under the new laws, children will not be automatically included in the inheritance unless they are from a previous relationship.

NSW Attorney-General John Hatzistergos said the new laws made the administration of an estate much simpler in the case of a person without a will who died leaving a spouse or partner and children of the relationship.

“When people die without leaving a will, there is the potential for emotionally charged disputes and legal action as relatives fight over the estate,” Mr Hatzistergos said.

“To defuse disputes and simplify the process of dividing an estate, it is important that intestacy laws accurately reflect community attitudes with regard to who should benefit.

“The overriding message here is – avoid any confusion and get a will.”

Mr Hatzistergos said under other changes to intestacy laws, cousins will be recognised as eligible heirs to the estates of people who die intestate.

The entitlements of first cousins would come in order of importance after spouses and children; parents; siblings; grandparents; aunts and uncles.

“The new law will widen the pool of people who can inherit in NSW and recognises that some other jurisdictions in Australia include first cousins in the distribution list under intestacy laws.”

Estates of people in these circumstances would have previously gone to the Crown.

Intestacy is the default method of distributing someone’s estate in the event of a person not having a valid will in place.

The NSW Trustee and Guardians 2009 Omnibus Newspoll Survey showed 46 per cent of people do not have a will.