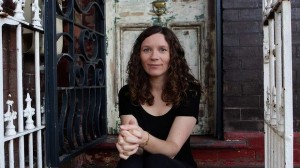 Children of anonymous sperm donors should be allowed access to genetic information such as health history, height and eye colour, and an agency set up to quickly collect these records because they are at risk of being lost, an inquiry has found.

Alarmed by evidence clinics have deliberately destroyed the records of children conceived before 2010, before anonymous sperm donation was made illegal, the inquiry has called on the NSW Attorney-General to make it an offence to damage or falsify any donor conception records. But it has stopped short of recommending donor-conceived children be given access to old records that would identify the donor without their consent.

The chairman of the NSW Parliament’s law and safety committee, Nationals MP John Barilaro, said there was a sense of urgency in the recommendations. ”There are gaps that individuals have in their life story and life journey where donors play a role, and they feel they are entitled to that information,” he said.

“There are gaps that individuals have in their life story and life journey where donors play a role, and they feel they are entitled to that information”: Nationals MP John Barilaro. Photo: Supplied

Geraldine Hewitt, 30, who was donor-conceived and knows nothing about the donor, says she is worried about the likelihood of marrying a half brother, and inherited medical conditions.

Allowing medical information to be exchanged was ”an important step in the right direction”, she said.

But Ms Hewitt is disappointed the committee did not go further and recommend full retrospective access to donors’ identity. ”It is not in line with what adoptees have,” she said.

But a strong argument was put by a range of groups about the psychological distress caused when a person did not know their genetic parentage. Gaps in medical histories would affect generations where a genetic disease was carried, doctors said.

The Law Society said there was a public interest in disclosing donor identities if it prevented siblings unknowingly marrying. The committee decided it could not allow access to identities without permission, because the voice of the anonymous donors themselves were missing in the inquiry. Only one donor submission was received.

Instead, the new agency would seek permission from donors to exchange identifying information, as well as offer counselling.

Mr Barilaro said the biggest emphasis should be on counselling for donor-conceived children before they access new information. ”Before they open Pandora’s box, you have to make sure they can take on that information, particularly when it hasn’t been a part of their story,” he said.

Setting up a new agency would be ”incredibly helpful”, Ms Hewitt said. ”It is crucial that it is independent of the clinics, hospitals and doctors.”