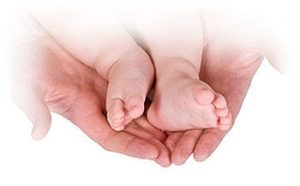 A man who donated his sperm to a lesbian couple so they could have a child will argue in the High Court today that he is legally the girl’s parent and should be able to object to her moving overseas.

A contest over two little girls, the women who raised them and the elder child’s biological father has framed the terms for a High Court showdown over what it means to be a parent.

Robert Masson is trying to block the mother of his biological daughter from moving to New Zealand with her partner and the girls, claiming that his role in their lives has always been larger than that of a “sperm donor”.

“We went away on holiday together and cooked up that we would have a child, and the stipulation from my side of it was ‘I have to be Dad,’ ” Mr Masson said.

“I have to be part of that child’s life because I didn’t know my own father.”

Mr Masson and Susan Parsons (using their court pseudonyms) had been friends for 20 years when they conceived a baby “privately and informally” in December 2006, at a time Ms Parsons was beginning her relationship with her current partner, Margaret Parsons, the Family Court found.

Mr Masson has been involved in the girl’s life since he cut her umbilical cord 12 years ago, which has included overnight visits, attending countless ballet rehearsals – “it takes over your life” – and fostering a close relationship between the girl and his mother. His name is listed on her birth certificate and she and her younger sister, who is not his biological child, both call him “daddy”.

It was not until he took legal action to prevent the women from moving to New Zealand that he saw himself referred to as a “sperm donor”, he said. “Every time I read it I get upset about it.”

The case has implications for hundreds of single women whose children were conceived with known donors and responds to a phenomenon that has outpaced legislation.

Single women make up the largest proportion of women who have undergone artificial insemination with donor sperm.

Under NSW state law, a sperm donor is presumed not to be the father of any child conceived using his sperm unless he is the husband or de facto partner of the mother and the presumption is “irrebuttable”.

But Family Court judges have relied on Commonwealth laws that do not define the rights of a sperm donor if the mother does not have a partner at the time of conception. Nowhere is the term “parent” defined.

La Trobe University law lecturer Hannah Robert said the clash between state and Commonwealth laws had left families “in a very uncertain position” and there should be legislation to provide for preconception agreements or the ability to list more than two parents on a birth certificate.

“In a lot of families, particularly gay and lesbian families, the donor is known but they’re not a parent,” Dr Robert said.

“It’s the sort of halfway space between donor and parent and I don’t think the law has kept up with that.”

Justice Margaret Cleary applied the Commonwealth law and found in October 2017 that Mr Masson was the father of the girl, taking into account his intentions at the time of her conception, his involvement in her life and his genetic contribution.

But the full Family Court overturned her finding, concluding that the state act should be applied and Mr Masson could not be considered the girl’s parent.

The potential ramifications of the case have prompted an intervention from Attorney-General Christian Porter, who has argued that the state act should not apply and the term “parent” should bear its “ordinary, contemporary” meaning.

The Federal Government has intervened to support the man, saying he was legally the child’s father under the Family Law Act.

The state of Victoria has taken the more radical position that the court should make an explicit finding that sperm donors cannot be parents to give more clarity to birth mothers and sperm donors.