Can a marriage be legal if your new wife or husband refuses to have sex with you – not just on the wedding night, but ever? Well, according to a number of recent cases, the answer is “No!”.

The question arose in a Family Court case when a 68-year-old Tasmanian man described his new 31-year-old Filipina wife as a “classic mail-order bride” who refused to have sex with him. As soon as she got her marriage visa, she left him.

The man wanted the marriage declared void, as he believed the marriage was a scam to get her a residency visa as his wife. He argued that a section of the Marriage Act 1961 says a marriage is void when the consent of either party was obtained by fraud.

Judge finds that marriage was not invalid 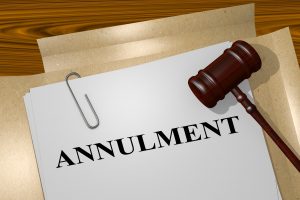 However, the judge declared that fraud in the Act ­referred to things such as impersonation, where there is the ­appearance of consent, which in reality hasn’t been given

The fact that no sex occurred in the marriage was irrelevant, as Australian law does not require a marriage to be consummated to be valid. The judge ruled the marriage was not invalid, it was simply that the man’s expectations of the marriage had not been met.

Until the Family Law Act 1975, marriages could be voided if either party at the time of the marriage was of “unsound mind” or a “mental defective”, if one of them had venereal disease, or if the bride was pregnant by a man other than the husband.

Requirements for a man and a woman to be legally married

The Family Law Act ended all that. Under the law, to be legally married in Australia, you must:

No fault needs to be attributed for divorce to be granted

Under the Family Law Act, all that is required for divorce is 12 months’ separation. Nobody has to be proved to be at fault for the marriage breakdown. It put many private detectives who used to tail suspect spouses for photographic evidence of extramarital dalliances out of business. They were probably the only ones who were sorry when the divorce laws changed.

However, some people from certain cultures or religions still feel that there is a stigma attached to divorce and may seek to have their marriage annulled or voided, so that in the eyes of the law it was invalid and never took place.

The Family Court can find grounds for a decree of nullity, which is an order saying there was no legal marriage between the parties even if a marriage ceremony took place, on the following grounds:

The Family Court says it will not declare a marriage invalid merely because it was not consummated, because the couple never lived together or because there was family violence or incompatibility.

In another case involving a claim for nullity of marriage, Hosking v Hosking, the husband claimed he was the victim of fraud after marrying a Chinese woman who really only wanted a residency visa.

The man claimed that he believed the woman would live with him as his wife, but the marriage was never consummated and she left him soon after getting her visa. Again, the application was dismissed, as the judge found that the bride had not committed fraud under the law in this case.

Decree of nullity not the same as divorce

It is important to know that a decree of nullity does not dissolve a marriage like a divorce. Nullity decrees are relatively rare. Between 2009 and 2012 there were 76 applications for nullity of marriage. Just 33 were granted, 22 were dismissed, eight withdrawn, 11 discontinued, and two were settled.

In other words, a same-sex marriage conducted overseas where it is legal is not recognised as legal in Australia. The same goes for all the other requirements relating to age, relatives and consent.