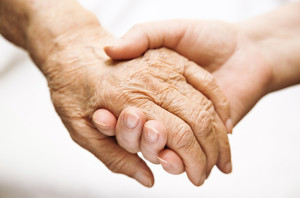 In a recent decision, Justice Garry Foster was asked to declare a rather peculiar marriage void between a 78-year-old grandfather and sufferer of dementia (Mr Oliver)*and his 49-year-old former cleaner (Mrs Oliver)*, following an application to the Family Court of Australia by Mr Oliver’s granddaughter.

Mr and Mrs Oliver tied the knot in April 2011; the eccentricity of their union underpinned by the absence of Mr Oliver’s family on the guest list.

Mrs Oliver, who at the time worked for Mr Oliver and his late wife who passed away in 2010, had remarkably decided not to inform the groom’s family that the wedding ceremony’s date was to be changed from June to April 2011.

More commonly cases involving grounds for decree of nullity as espoused in section 1 of the Marriage Act 1961 (Cth) include either party being lawfully married to another person at the time of marriage.

However there have in fact been only 2 other reported decisions in which a marriage was requested to be nullified owing to the mental incapacity of one of the parties.

Just prior to the wedding, Mr Oliver perplexingly asserted to his grandson that he did not even realize he had a girlfriend or fiancé, while he regularly consumed Bonox and rum for breakfast.

Four months down the road, Mr Oliver was admitted to a nursing home, diagnosed as suffering from an extensive array of health issues including dementia and cognitive impairment, before passing away in September 2013, three months before the case was heard.

In spite of Mrs Oliver’s claims that it was her profound love for Mr Oliver that instigated the marriage, Mr Oliver was known to talk about his late ex-wife at length as if she were still alive.

In court, key evidence of the couple requesting a modification to Mr Oliver’s will to leave Mrs Oliver with all his material possessions, Mrs Oliver’s apparent absence at the nursing home where her husband resided, and of her frequent withdrawals from his bank account in her endeavour to bridge the financial gap between her and Mr Oliver, likely suggested a void marriage.

These revelations were further supported by Mrs Oliver’s failure to call upon any witnesses, including the solicitor who modified Mr Oliver’s will, and the wedding photographer, both of whom could have testified that Mr Oliver possessed the mental capacity to make autonomous decisions to enter a marriage.

Moreover, the retraction of an assessment expounding upon the mental capability and rationality of Mr Oliver by his general practitioner coupled with reservations Justice Foster harboured over Mrs Oliver’s evidence severely debilitated her case.

This resulted in Justice Foster concluding that Mr Oliver was “mentally incapable of understanding the nature and effect of the marriage ceremony”, pursuant to section23B(1)(d)(iii) of the Marriage Act 1961 (Cth).

This conclusion was arrived at predominantly due to Mrs Oliver’s fiscal incentives and Mr Oliver’s dementia.