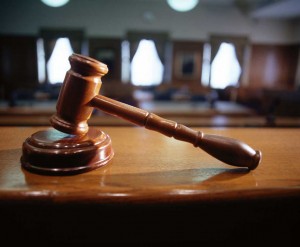 AN INDIGENOUS woman has won a legal bid to evict her former partner from a remote Queensland island that belongs to her clan.

The extraordinary case in the Family Court of Australia has found native title rights granted to her clan more than a decade ago give “sole right, title and interest” to her, forcing her non-indigenous ex-partner off the island.

The decision marks the end of a three-year battle to return to her “traditional island home” after she ended the volatile 14-year de facto relationship in 2009, fleeing the marital home to live in a refuge on an island 70km away.

The legal action was sparked after she wrote to a native title body corporate “stating a non-indigenous man was residing in her home” while she was in crisis accommodation, the judgment says.

The court has ordered her former partner, who is living at the home with a new de facto wife, “vacate the land”, which is subject to “native title flowing from” a Federal Court decision in 2000.

The native title ruling by the Federal Court covers the “entire island”, which was annexed to the state in 1870 despite a government official declaring “every acre, grove and tree” had a “reputed, proper and legitimate hereditary owner”.

As part of her bid to return, the woman tendered a town map showing the family’s lot was marked “as a private allotment of native title” by the local council in 1985 because it was “occupied by the family for over three generations”.

But Family Court Justice Garry Watts found the Federal Court ruling, which applied to all individual and council interests, had “satisfied” him that native title existed.

“I have found that the de facto wife has native title to that property and that title is one that allows her the use and enjoyment of that land for the time being,” Justice Watts said.

“It is not entirely clear to me … how long (she) will be able to maintain her title … but (the evidence of an elder) is that she will maintain a life interest.”

The decision followed a complex explanation by the elder of the traditional practices of “property transfer on the island”, which is overseen by the island’s Council of Elders.

He said the woman would not return to the island while her ex-partner was there.

The former partner said he “accepted” but did not “agree” his former de facto was the rightful owner of the land, but agreed to leave as he needed council approval to stay.