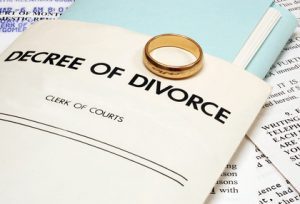 A LAW that forces married couples to divorce if one partner changes sex is “cruel” and should be axed, a NSW upper house Greens MP has said.

Mehreen Faruqi MLC is looking to introduce a bill to the NSW Parliament to amend the Births, Deaths and Marriages Registration Act that currently allows only unmarried people to legally register a change of sex.

“The current state of affairs is cruel and dehumanising,” Faruqi told theStar Observer.

“No couple should have to decide between a divorce and having incorrect personal documentation.”

Sydney state independent MP Alex Greenwich said the bill, which he is co-sponsoring, was about love and keeping couples together.

“I know many NSW MPs believe in the importance of marriage, and I hope their respect for the institution extends to protecting these loving marriages,” he said.

It’s expected the bill will be introduced in NSW Parliament in August.

Under current NSW laws, which are mirrored across Australia, opposite-sex couples who are married cannot remain so if one partner goes through a sex change and wishes to alter key documents, such as their birth certificate, to reflect their new gender.

In a letter to NSW Premier Mike Baird, Gender Centre General Manager Phinn Borg remarked that this placed couples in a difficult situation: “They are unable to claim that their marriage has broken down in order to obtain a divorce but unless they obtain a divorce, the person who has transitioned is not able to change the record of sex on his or her birth certificate.”

Speaking to the Star Observer, Wilson said it was not the job of government to compel people to end their marriages.

“Forced divorce is one of the worst and most egregious ways government can impose itself inside people’s relationships,” he said.

“Individuals and all of society are better off having couples in stable and happy relationships.

“The job of the government is to respect who individuals are, not tell them who they are.”

If the bill is successful, it could potentially open the way to some of Australia’s first same-sex married couples.

However, campaigners say this would not be inconsistent with the Marriage Act, which they argue is only relevant at the time of solemnisation.

In addition, as some trans* people may not have changed their birth certificate to reflect their gender, there are likely to already be a small number of same-sex married couples in Australia.

Meanwhile, marriage equality advocates met earlier this week to ensure any future legislation paving the way for same-sex couples to wed is inclusive of trans* and intersex Australians.

Australian Marriage Equality national director Rodney Croome said: “We value dialogue with representatives of the transgender and intersex communities because the marriage equality campaign must be inclusive of all loving committed couples regardless of sex, sexual orientation, gender identity or intersex status.”

Meanwhile, an Adelaide father of four who had a sex change to become a woman has been told to end a 20-year marriage in order to be legally recognised as a female.

Two years ago, the man, in his 40s and who has chosen to remain anonymous, began a transition to womanhood and in October 2013 underwent irreversible gender-reassignment surgery.

But under the South Australian Sexual Reassignment Act she will continue to be a ‘Mr’ unless she gets a divorce.

Greens MLC Tammy Franks raised the case in Parliament and is leading the charge to change the law after a about half a dozen couples facing this predicament told her their stories.

In Parliament, Ms Franks read a letter from the woman who said she was happily married, having just celebrated her 20th wedding anniversary with her wife in May.

“She (my wife) has adapted to my changes remarkably well, as have our four children, who are quite happy with their new Mada,” the letter states.

“But, to complete this journey, and be recognised as the woman I have become, the government tells me I must destroy this happy marriage of 20 years, and break up my family, which is not going to happen.

“So, until this law changes I will be known as Mr.”

“It’s much more likely that two people in a non-traditional same-sex relationship will have their legal rights challenged, even if the law says they have certain rights in de facto relationship, particularly in medical emergencies, hospital settings and school settings such as the right to pick up a child from school,” he said.

“Also moving interstate and getting visas overseas can be more difficult.

“Forcing people against their will to get a divorce, to break their solemn vows to each other because someone has decided to be true to themselves demeans marriage.”

Mr Croome said unlike same-sex marriage, which the High Court ruled states could not allow under the constitution, there was no issue with changing the forced divorce provision in the Sexual Reassignment Act.

“The Marriage Act is about who is able to enter into a marriage and is silent on any matters around sexual reassignment,” he said.

Ms Franks said while the number of people affected by this law was small, those marriages were very important to those individuals.

“How can we be saying to a couple who have been married for over 20 years, who have four children and who are loving and happy, that for one of them to fulfil their gender identity and be recognised as the person they have become they have to get a divorce?,” she said.

“That is a cruel and, indeed, inhumane piece of legislation that we currently have in this state.”

In the European Court for Human Rights on November 2013, a decision was issued in H v Finland (Application no. 37359/09) acknowledging that a required forced divorce constitutes interference into the private life. However, the court ultimately rejected the applicant’s claim that her human rights were violated. The applicant Ms H did not want to accept that her marriage was turned into a registered partnership, as prescribed under Finnish law.

The verdict could be of relevance to another four European countries with similar set-ups. Czech Republic, France, Hungary, UK and some cantons in Switzerland have registered partnerships while requiring couples to divorce for an official recognition of a trans person’s gender.

However, a French court of Appeal in Rennes recently declared that a trans person could not be denied recognition of her gender because of being married.

However, the Court stressed that the Finnish civil partnership for same-sex couples has “almost identical” effects as a marriage and that the “rights and obligations arising either from paternity or parenthood would not be altered”.

A total of 24 countries in Europe still requires trans people to be single to or divorce before their gender is legally recognized.