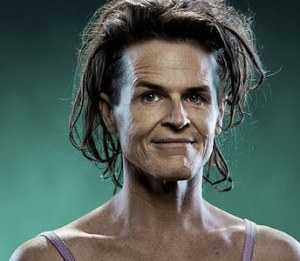 The androgynous person at the centre of a high court decision recognising those who do not identify as either male or female has described being “overjoyed” at the ruling and expressed the hope that it will encourage Australians to be more accepting.

In a historic decision with far-reaching implications for institutions and individuals across the country, the court on Wednesday formally upheld the right of transgender person Norrie to be registered as neither a man nor a woman with the NSW Registry of Births, Deaths and Marriages.

The decision is recognition by the highest court in the land that ”sex” is not binary – it is not only ”male” or ”female” -and that this should be recognised by the law and in basic legal documents.

”I jumped up and down a lot … I was getting ready for my shower and I saw it come up and I said, “hooray!” … I squealed,” Norrie said of the decision at a press conference hosted by the law firm DLA Piper, which took on the case pro bono.

“It’s a very exciting victory. I’m overjoyed that it’s happened and happened so decisively. It’s been a long time from start to finish but it’s a great outcome, and it’s Australia-wide not just NSW.

“Maybe people will now understand there’s more options than the binary, and even if a person is specifically male or female, their friends might not be – and hopefully people might be a little bit more accepting of that.”

The case began in 2010 when Norrie, who identifies as neuter and uses only a first name, became the first person in NSW to be neither man nor woman in the eyes of the government with a formal “sex not specified” registration.

But four months later the registry wrote to Norrie, who is from Redfern in Sydney, saying the change had been “issued in error” and was invalid.

“Then it was on the front page and they suddenly said: ‘Oh, no, we couldn’t possibly do that!”‘

Norrie appealed the decision to the Administrative Appeals Tribunal, but the case was dismissed.

Norrie then went to the NSW Court of Appeal, where the three-judge appeal panel unanimously declared that “as a matter of construction … the word sex does not bear a binary meaning of ‘male’ or ‘female’.”

But the Registry of Births Deaths and Marriages did not accept the decision, appealing the matter to the High Court at great expense to NSW taxpayers.

The High Court ordered that Norrie’s applications be sent back to the Registrar for determination in accordance with its reasons and otherwise dismissed the Registrar’s appeal.

When the case was heard in the High Court last month, counsel for the Registrar had argued that the acceptance of more than two categories of sex would cause unacceptable confusion. But the judges rejected this argument.

“For the most part, the sex of the individuals concerned is irrelevant to legal relations,” their judgment says.

The judges said the Commonwealth Marriage Act was “the chief, perhaps the only, case where the sex of the parties to the relationship is legally significant”.

The judges found there was ”evident force” in Norrie’s argument that to classify her as male or female while her sex remained ambiguous would be to record misinformation in the register.

But the court found Norrie’s counsel went too far in arguing that Norrie should be assigned to a separate category of sex such as “intersex” or “transgender”.

The court accepted the Registrar’s submission that male and female were the only “registrable classes” of sex.

“But to accept that submission does not mean that the Act requires that this classification can apply, or is to be applied to everyone,” the judgment says. “And there is nothing in the Act which suggests that the Registrar is entitled, much less duty-bound, to register the classification of a person’s sex inaccurately as male or female having regard to the information which the Act requires to be provided by the applicant.”

The court found that the provision of that Act, which recognises “ambiguities” in sex and a 1996 amendment which referred to persons of “indeterminate sex”, was a sufficient indication that the Act recognised that “the sex of a person is not … in every case unequivocally male or female.”

“The Act does not require that people who, having undergone a sex affirmation procedure, remain of indeterminate sex – that is, neither male nor female – must be registered, inaccurately, as one or the other. The Act itself recognises that a person may be other than male or female and therefore may be taken to permit the registration sought, as ‘non-specific’,” the judges found.

In the opening of their reasons for decision, the five-judge panel declared that “not all human beings can be classified by sex as either male or female”.

“When a person has undergone a sex affirmation procedure, s 32DC of the Act empowers the Registrar to register a change of sex of the person upon an application by that person.”

“One in 100 people are either sex or gender diverse – that is one of life’s realities,” Dr O’Keefe said.

“The law has now recognised that reality, the highest court in the land, through a decision that cannot be appealed.”

Dr O’Keefe said she now expected others across the country who did not identify as male or female to seek to be recognised as such on their “cardinal documents” such as birth certificates and other documents held by their local registrars.

“There are people out there who have been wanting to do this but have been unable to,” she said. “They now have that option.”

Samuel Rutherford, the executive director of A Gender Agenda, a community organisation which advocates for transgender, gender-diverse and intersex people, said he was “delighted” with the decision.

A Gender Agenda intervened in the case as amicus curiae, or a friend of the court.

Mr Rutherford said he was especially pleased that the court had recognised “non-specific” as the most appropriate term for a person who is neither male nor female.

He said while the decision would only be binding on NSW, it would be “highly influential” on other jurisdictions.

The ACT last month became the first Australian jurisdiction to make provision for people to be recognised as neither male nor female. It also removed the requirement for surgery for people who wish to change their sex registration.

Mr Rutherford added that Wednesday’s decision would be a powerful affirmation of the identity of many people for whom the decision was not personally relevant.

”It’s actually a really big thing to have a statement from the High Court saying that you exist and that the law should recognise you,” he said.

Anna Brown, the Director of Advocacy & Strategic Litigation for the Human Rights Law Centre, which assisted A Gender Agenda with the case, said the judgment was a victory for the growing numbers of gender diverse people across Australia.

“Sex and gender diverse people face problems every day accessing services and facilities that most Australians can use without thinking twice. It’s essential that our legal systems accurately reflect and accommodate the reality of sex and gender diversity that exists in our society, and the High Court has taken an enormous leap today in achieving that goal,” said Ms Brown.