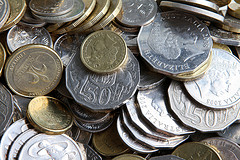 The six National Women’s Alliances will receive $4.8 million in Federal Government funding to continue to enable them to bring forward issues onto the national policy agenda.

The Minister for the Status of Women, Julie Collins, said the three-year funding extension until 2016 will ensure the Alliances can continue to advise the Government on priority women’s issues.

“This new funding is $1 million more than the sum we provided to set up the Alliances in 2010 and recognises their excellent work in ensuring women’s perspectives are at the forefront when government and other groups consider policies and programs,” Collins said.

“In their short existence, the Alliances have scored significant achievements on issues of concern to women from all backgrounds and age groups.

“They have highlighted the adversity faced by immigrant and refugee women integrating into Australian society, examined the impact of new technology and media on young women and helped rural women to take the lead in their communities on reducing violence against women and their children.

The Alliances now represent more than 180 women’s organisations and each Alliance focuses on a distinct issue or stakeholder group.

“The establishment of the National Women’s Alliances in 2010 was a new way for the Government to engage with the women of Australia,” Collins said.

The renewed funding follows an independent review of the Alliances commissioned by the Government. The review report is available here.