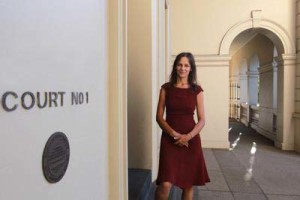 Jess didn’t have a plan when she left her violent partner in the middle of the night.

She grabbed their two-month-old son and a few belongings and drove to her parent’s house, unsure of what would happen tomorrow or what her next move should be.

‘‘Perhaps if I’d had that information earlier, before things reached a crisis point, perhaps I would have made the decision to leave earlier,’’ said Jess, whose name has been changed.

‘‘I was terrified. I was afraid that he would escalate the situation when I left.’’

Jess was aided by the police and the Illawarra Women’s Health Centre, which is hosting a series of legal information sessions to educate women considering leaving a difficult relationship.

Centre CEO Carol Berry said the free sessions were about empowering women by teaching them their rights.

‘‘We think that domestic violence is still a major issue in the Illawarra,’’ she said.

‘‘Some of the stories we hear are terribly concerning.

‘‘I think it makes women feel more comfortable with their decision (to leave the relationship) if they understand where they stand (legally).’’

The sessions will be run by all-woman legal firm Rachel Stubbs and Associates, which has offices in Wollongong, Bowral and Camden.

Ms Stubbs said many women stayed with their violent partner because he threatened to retain their children.

Ms Stubbs welcomed proposed changes to the Family Law Act, expected to take effect mid-year, which would redefine family violence to include the withholding of financial support and psychological abuse.

‘‘This will have impact in local court AVO proceedings, where traditionally you had to have some physical evidence,’’ she said. ‘‘The family court takes AVOs seriously.’’