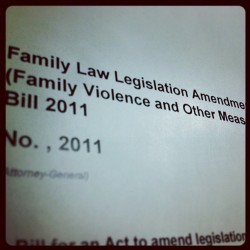 A WOMAN has claimed she was the victim of family violence because her husband was a neat freak.

The 40-year-old said her husband of 10 years was a “domestic tyrant” who forced her to meet oppressively high standards of housework.

This included not falling behind on the ironing, making sure their kids’ toys were packed up and putting her shoes, coat and handbag away in the right place.

The Federal Circuit Court heard claims the man’s behaviour “verged on the obsessional”.

The wife argued that now they were separated he should get less time with their children, aged 11 and 9, because his behaviour made them apprehensive. When the pair married they split household duties down “traditional” lines and the husband did not want his wife to work.

A judge heard claims the man made his wife feel devalued and inadequate for achieving little around the home.

She told the court: “When the husband came home from work he would ask me what I had done that day. I would list all the things that I had done. He wouldn’t ask me how my day was. The husband would look at me in a stern way which would show his disappointment in me. I knew when he gave me that look that I would have to work really hard … ”

But she conceded her husband “never raised his hand to her”.

The husband said he had “old-fashioned values” and was simply a “very tidy person” who liked to put things “in the right place”.

He denied his behaviour was controlling, but admitted he made trivial complaints about the wife’s homemaking.

The man said disciplining their children had fallen to him.

Judge Stewart Brown said the husband was “an unusually tidy person who leads a structured and organised life”.

He said while some may describe the husband as a male chauvinist, he was not abusive. “These types of marital tensions fall well short of violent or threatening behaviour,” he said.