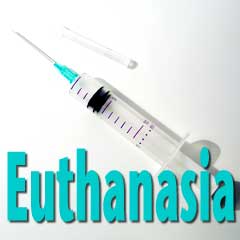 Tasmania’s lower house has rejected voluntary euthanasia by the narrowest of margins.

Debate in the 25-member House of Assembly had indicated a 12-12 result after all parties had granted a conscience vote on the contentious legislation.

With Greens deputy speaker Tim Morris – who supported it – in the chair and unable to cast a vote, it failed by two votes.

Tasmania would have become the first Australian state to allow assisted suicide had the bill passed its two houses, joining four European countries and four states in the United States.

Ms Giddings said it would be a “tragedy” if members who supported the bill in principle but had problems with its detail did not allow it to progress to the next stage of scrutiny.

“Vote for the principle … vote for what you believe in,” the premier said.

“There is, I think, an opportunity lost here if people don’t provide that opportunity.”

Seven of Labor’s 10 members joined the Greens’ five MPs to support the bill.

But all 10 Liberal MPs voted against it and they were joined by three ALP members, including Mr Polley.

The vote became closer than expected when long-serving ALP member Graeme Sturges changed his view after voting against similar legislation in 2009.

That bill, instigated by Mr McKim, went down 15-7.

In a marathon debate of more than 10 hours over two days, the house heard from the sons of two Tasmanian politicians who recently suffered high-profile deaths.

The Voluntary Assisted Dying Bill would have introduced highly regulated euthanasia to patients with incurable diseases and experiencing considerable suffering.

Ms Giddings and Mr McKim had said its safeguards, which included three requests from a patient and the consent of two GPs, were the strongest in the world.

Those opposed pointed to a Law Society report which found flaws in the Bill’s drafting, and questioned whether it could protect vulnerable patients.

One Liberal MP, former leader Rene Hidding, described it as elitist and anti-Christian.

Polls had shown 80 per cent of Tasmanians were in favour of the reform.

The Northern Territory became the first Australian jurisdiction to legalise euthanasia in 1995 before the federal government overturned it.

Euthanasia or assisted suicide is legal in the Netherlands, Belgium, Switzerland and Luxembourg as well as in the US states of Washington, Oregon, Vermont and Montana.