A group of Australian doctors opposed to the introduction of euthanasia and assisted suicide has written to all South Australian House of Assembly MPs condemning Hon Bob Such’s ‘Ending Life with Dignity Bill’ 2013.. 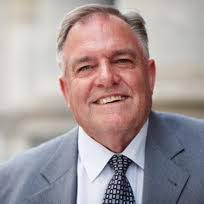 Senior South Australian neurologist Dr Timothy Kleinig, the chair of Doctors Opposed to Euthanasia (DOE), said the bill confuses the deliberate killing of a patient through euthanasia with the withdrawal and withholding of treatment at a patient’s request.

“[A]s the AMA (Australian Medical Association) and others have pointed out, (this) is not euthanasia,” said Dr. Kleinig, “but the refusal of medical care, the legality or ethics of which is not in dispute.”

This bill has also been criticised by the South Australian branch of the AMA, who said it is “fundamentally and irretrievably flawed.” Similar concerns were also raised by the state’s Palliative Care Council and the Law Society.

Dr Such’s ‘Ending Life with Dignity Bill’ 2013 is his 9th attempt to legislate for euthanasia and/or assisted suicide, and is the 16th attempt to have a bill passed in South Australia in over ten years. In 2011 there were three separate euthanasia bills on the parliamentary notice paper at once.

Dr. Such has also introduced a second bill in an attempt to amend the current Consent to Medical Treatment and Palliative Care Act. The AMA has said the bill shows a fundamental misunderstanding of the role and intention of palliative care. In describing both bills, AMA (SA) President, Dr Patricia Montanaro said:

…these Bills have major elements that are ill-conceived, indicate a fundamental lack of understanding of current concepts in end-of-life care, and show a confusion in understanding of the critical difference between palliative care and euthanasia. They therefore have the potential to confuse and compromise the provision of good end-of-life care, with resulting distress to patients and their families.

Kleinig also railed against what Doctors Opposed to Euthanasia calls the “forced referral provision” in Such’s bill that says that a doctor may refuse to comply with a euthanasia request, but that he or she must advise the patient that another doctor may be willing to cooperate. While the bill does not force a doctor, under pain of penalty, to refer the patient to another doctor known to support euthanasia, DOE says the provision could still “make doctors who are morally opposed to euthanasia accessories to the fact.”

Such’s bill also requires the cause of death to be listed as the underlying illness, and not the euthanasia, which critics have said is effectively asking doctors to lie. This could also have significant implications for the life insurance industry.

The bill also fails to define critical terms such as ‘Terminally Ill’ and ‘Unbearable suffering’. Kleinig said that without any such definition, “any illness which is associated with a decreased life-expectancy (e.g. Multiple Sclerosis) (that) could be defined as a terminal illness and suffering of any nature (e.g. diagnosis-related anxiety) could be grounds for euthanasia.”

Such claims that this bill is his “tightest ever” in terms of legislative safeguards.

“The law in terms of euthanasia & assisted suicide is a very blunt instrument which can never take into account all of the risks involved and can never adequately protect the rights and welfare of vulnerable people. Such has effectively proved that point in this bill.

“The only true way to protect vulnerable people from abuse in such circumstances is the maintenance of the current prohibition in our criminal code – anything less than that is an unacceptably high level of risk.”

Such’s previous bill failed in 2011 by only two votes. The debate on this bill continues over the coming weeks.