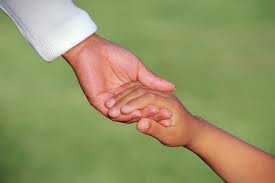 AN Adelaide mother went to court to prevent her daughter from referring to her ex-husband’s new wife as “Mum” or “Mummy” or “my other Mummy”.

‘The woman, who cannot be named, argued that her ex-husband was deliberately undermining her role as their child’s mother, by encouraging his new wife to answer to the terms “Mum” and “Mummy” and “Mummy-D” (D being the first letter of the stepmother’s first name.)

The battle has been going on for almost as long as the child has been able to speak. Her parents separated when she was four months old.

The Family Court case sets a precedent for Australia’s million-strong blended families, where arguments over who is to be called what are commonplace.

In the Adelaide case, the mother, known in court documents as Ms Klement, argued that the stepmother should not be permitted to refer to herself “as a motherly figure”.

By consent, her ex-husband agreed that his new wife should not be “Mum or “Mummy” but thought “Mummy-D” was fine.

The mother said the father was “attempting to replace her as the child’s mother by encouraging the child to call his new wife “Mum”. She said the new wife would sign the child’s school notes “Mum” and take the child to medical appointments, where she “presented herself as the mother”.

Ms Klement was “adamant that the child should only call her Mum” or any variation of “Mum”.

The stepmother rejects the accusation that she presents herself as the child’s mother.

The court declined to make an order that the child not refer to her stepmother as “Mummy-D” in part because the judge was concerned that such an order would lead to further litigation “where it would be up to the court to determine whether the father had breached the order in relation to encouraging the child to use the term Mummy-D”.

The court also expressed hope that the child would grow out of “Mummy-D” and begin calling her stepmother by her first name.

It was the only dispute between the separated couple.

All other matters, including where the child should live and go to school, and how much child support should be paid, had been settled in pre-court mediation, after more than six years of litigation.

The parents have a shared care arrangement.