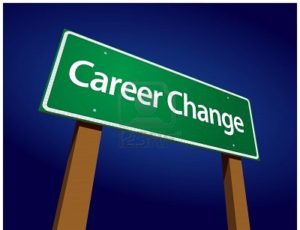 HER former husband thought she was perfectly capable of supporting herself as a legal secretary or personal assistant after their marriage broke down.

But having emerged from the ”long, expensive and fraught litigation” that followed their separation, the woman wanted nothing more to do with lawyers or the law – and the Family Court has ordered her former husband pay her $1000 a week while she retrains for another career.

The order came as Justice Stuart Fowler determined a property settlement for the Sydney pair who, for legal reasons, cannot be named.

As a high-earning professional, the husband took home almost $2 million, including a six-figure bonus, in the last financial year. After their split he moved out of the $2.7 million matrimonial home and into another property worth more than $1.1 million, which he bought without his wife’s knowledge before their separation. It was intended as an investment property if the marriage lasted; instead, he lived there with his children as their primary carer.

His former wife hoped to earn up to $50,000 annually working in community services and wanted him to support her financially for two years while she obtained her qualifications.

He objected, arguing that she was employable and could return to her former career as a legal secretary or personal assistant, earning up to $75,000 annually. Her choice of occupation was effectively ”a luxury she cannot afford and which would be at his cost”, he said.

But Justice Fowler noted that the woman ”says she has had enough of the law and lawyers for the time being”.

She told the court the distress of the marriage breakdown and subsequent litigation have made her averse to ”having anything further to do with employment in the legal profession”.

More than two years after the couple separated, after costly proceedings in the Family Court, a judge made parenting orders for the care of their children.

”Given the history of this matter and its attendant costs, one can understand from her point of view that she would wish to distance herself from that profession,” Justice Fowler said.

Her decision not to pursue her former career was not unreasonable, he said, and he ordered the husband to pay her $1000 a week for two years while she retrained.