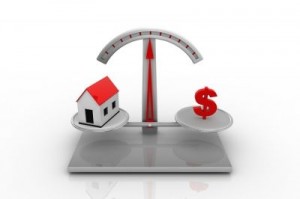 WARRING parents have continued to live under the one roof in one of Queensland’s most exclusive precincts while waging an ugly legal battle over a family fortune by communication via their high-powered lawyers.

The extraordinary property saga is laid bare in a recently released Family Court judgment, which gives the go-ahead for an unprecedented property fight between the couple who have tried for seven years to salvage the marriage through religious counsellors.

Family Court Judge Elizabeth O’Reilly rejected a legal bid by the wife for a “summary dismissal” of her husband’s application to give her the lion’s share of a 60-40 property split if they divorce.

According to the judgment, the wife had rejected his previous attempt to reach a consensual financial agreement – even funding her legal fees to the tune of $41,000 – to “secure certainty” for his work as a “last ditch attempt to salvage the marriage”.

She is now fighting his attempt for a court-ordered property settlement, arguing it is an “abuse of process” as he is trying to protect the “succession arrangements” of his work.

If successful, it could be the first property split in an “ongoing” marriage in Australia. The husband is relying on a legal loophole that allows property proceedings not only in cases of separation or divorce, but in any other “fact or circumstance”.

While fighting through the courts, the couple have stated in court documents they are trying to make the marriage work. But the husband has accused his wife of “openly and strongly criticising him to friends and family”.

His barrister said the couple were living as “single people under the one roof” and “dealing with each other through solicitors” for three years in the lead-up to the court case.

He said the marriage was “plainly a distressed one”, with “constant arguments” and close to “non-existent” physical relations. The wife had also made legal threats to have him “removed from the home”.

“He believes in the institution of marriage . . . (and) has thus far remained in an unhappy marriage he says due partly to his religious convictions,” the barrister said.

He argued the husband was “concerned to protect” the interest of others involved in his work.

“He sees the achieving of this financial certainty as essential; to have it would provide the foundation he requires to continue to pursue the married relationship.”

Judge O’Reilly said the case was “unusual, if not novel”, but said the husband had “jurisdiction” to pursue it despite the wife’s arguing it did not take into account future property purchases and more children.

She also rejected the wife’s bid to “stay” the legal action as the court was legally bound to have regard to “the need to preserve and protect the institution of marriage”.

However, a fact sheet on the Family Law Courts website provides details of the process for couples “separated but living under the one roof”.

“They are doing it for a variety of reasons, primarily financial because dividing up the assets means that everyone is less well off and under more financial stress,” he said.

Women’s Legal Service lawyer Angela Lynch said the GFC had led to an increase of couples opting to separate under the one roof.

“Possibly a lot of the times it has been an economic decision,” she said. “When it is a situation of violence, they are putting up with verbal and physical abuse and it is often . . . being played out in front of the kids.”