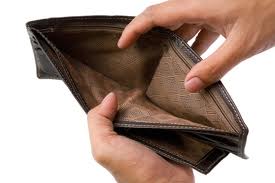 A MAN had a heart attack after discovering his wife had spent $170,000 on her lover during an affair, a court has heard.

The 44-year-old has been forced to cut back his work after doctors said his “major heart attack” was brought on by “enormous emotional stress”.

The Federal Circuit Court heard the man had split from his wife of more than 10 years when he found her diary and read it.

“From this diary it became apparent to him that the wife had for some years been conducting an extramarital affair,” the court judgment said.

“Worse again … it was apparent that (the lover) Mr K had been given very substantial amounts of money by the wife during the currency of the marriage.”

The husband claimed his wife had spent $201,000 on the affair. He fought to have her made responsible for the missing money in their divorce settlement.

The court heard the husband’s continuing sense of outrage about the infidelity had led to “over-elaborate bickering” between the pair.

“This case has been fought with an intensity that reflects the distaste of the two parties for each other,” the judge said.

The wife, 39, admitted giving money to her lover but said it was closer to $100,000. She said he had paid some of the money back and was continuing to make payments on her credit card.

The court heard she took out a line of credit against one of the family’s properties to fund the expenditure.

The husband said although he had signed forms for the line of credit he thought it was going to be used to buy an investment property.

The wife and her lover are still in a relationship, but the judge criticised her evidence about him as “evasive and incomplete”.

She claimed to not know his address and professed a lack of understanding about his “circumstances”.

Judge Philip Burchardt said the wife had clearly underestimated the amounts she had spent on her lover.

He said while the figure was closer to $170,000 there was only enough evidence to support $120,000 being added back to the property pool.