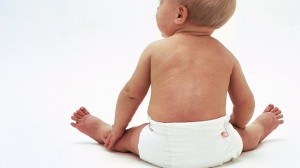 A group of Victorian families with newborns will benefit in the first round of grants.

A GROUP of first-time parents will get help with soaring power bills after the birth of their child as part of a new energy efficiency program.

The Federal Government is giving state-based charities and environment groups $100 million from the carbon tax to run projects for low-income Australians.

Among the people to get help in the first round of grants, worth about $40million, is the group of new parents in Victoria.

Other programs include helping pensioners in Queensland get energy efficient appliances, and guiding 1500 low-income households in Sydney through ways to save money in their homes.

The newborns program will allow 1200 first-time parents to have a home assessment to work out how to slash bills.

Environment Victoria, which will lead the program, says babies can add between 20 to 40 per cent to bills for some new parents.

Sustainable living manager at EV, Charlie Davie, said people could save hundreds of dollars if they take simple steps on energy efficiency.

“People are feeling extra pressure because prices are going up, and these sort of programs are essentially part of relieving that pressure,” he said.

“In many ways, what we are doing is offsetting those price rises.”

Some new parents will be able to re-enter the workforce as mentors for other families, once they have participated in the three-year project.

Climate Change Minister Greg Combet said data would be collected to help other families, particularly in areas where lots of people stay in long-term caravan parks or in remote Aboriginal communities.

There are 11 projects being run across six states and territories under round one of the grants program.

“This funding will be used to trial ways of helping low income households to become energy smart,” Mr Combet said.

“Up to 25,000 low income households are expected to benefit.”