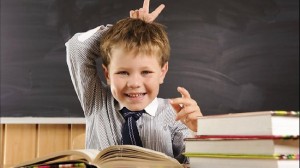 GETTING the kids ready to go back to school is a pretty stressful time for parents already before you start thinking about the costs involved. Add in the expense of buying new uniforms, books, stationary and sports equipment and it can be a big financial burden.

The new back to school bonus government scheme has just been rolled out with 1.2 million families who are eligible for Family Tax Benefit Part A receiving up to $820 a year per child for education-related expenses.

Payments of $410 a year for primary school kids and up to $820 a year for each high school student from eligible families are paid automatically into accounts through Centrelink. One installment has just hit accounts and the next one will come in June.

Most parents are happy with the new scheme which replaces the previous Education Tax Refund.

Meredith Marshall has eight boys and says the new automatic system is much improved. She will buy books, stationary, school and sports shoes with the cash.

“Before it was too hard to collect all the receipts and claim later. I think I lost most of mine as they end up in the wrong file. The only thing is I would have liked the money a little earlier – not a week before they go back to school.

“The payment is too late as we have to pay for 2013’s books in the first week of December. The school sends the list out before the end of the 2012 term and the book ordering company packs it at the end of December, so I have 2013 text books sitting in my cupboard for nearly eight weeks, and had nearly $1000 of funds tied up over the holiday period.  I also only had a week to buy school shoes.”

Mum of two Belinda Parkes says the timing is good because it reminds her to spend the money on school-related expenses rather than it “disappearing” when it used to come as part of a tax refund.

“It is a big help. I’m going to buy my daughter a computer and pay rent with the rest.”

Mum of three Monique Nickalls says it is perfect receiving the payment in January when you need it most for upcoming school expenses.

But some people believe the new direct payments still do not go far enough.

Charity The Smith Family works with many disadvantaged kids to help with their education costs. Their Back to School Appeal sees sponsors help them with necessary items.

Single mum Dianne Nyoni has had four children on the charity’s sponsorship programme over seven years.

“The costs of having multiple children can be astronomical. Even paying for the internet can be hard and you have to weigh up what extra activities you can afford to let them do.

“No parent likes saying no to their child, but you have to be extremely frugal. The Smith Family sponsors have been fantastic and we have had refurbished computers, support for books, uniforms and other equipment.

“Having a new, fresh uniform means they can be included at school and now, my eldest child has gone onto university though their encouragement and support which is a major achievement.”

Rosie Simpson, head of strategic development at The Smith Family, says: “Government support only goes some of the way and doesn’t cover all the costs. If students show aptitude to music or a sport then it is impossible for some families to keep up with these costs.

“The Smith Family support allows these children to participate in these activities that they otherwise would have missed out on and are given the opportunity to participate fully in their education and in any extra-curricular activities,” she adds.

But not everyone agrees with the increase in money for cash-strapped families. “It’s just more money to families like always,” says young professional Fiona, 28. “Once again huge portions of our society get over-looked when it comes to handing out support.”

For more information on the new bonus and how to receive it, see www.fahcsia.gov.au.