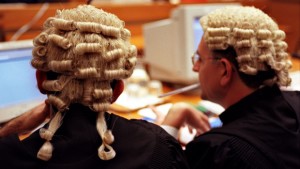 Psychiatrists are handing their patients’ confidential records to the courts amid threats of jail, under a flourishing practice by solicitors of issuing “dirt digging” subpoenas.

Some patients have been powerless to prevent details about their past sexual abuse or childhood trauma being aired in court, even in matters where they are not a party to the legal proceedings, a paper published in Australasian Psychiatry says.

The authors claim that solicitors are seeking unfettered access to patient records in civil and criminal cases, regardless of their relevance.

“It appears to have become particularly commonplace for subpoenas to be used during family law proceedings for ‘fishing expeditions’ to ‘dig up dirt’ on estranged spouses,” the paper says. “These subpoenas typically ask for the entirety of the patient’s psychiatric records.”

Subpoenas are legal documents that compel certain material to be brought to court, and failure to comply can be deemed to be in contempt of court, an offence punishable by fines and imprisonment. The practical effect is that it is up to psychiatrists to demonstrate why disclosure of patients’ records should be prevented.

Medical legal advisers said the practice of solicitors issuing broad subpoenas to doctors was becoming more common. MDA National medico-legal advisory services manager Sara Bird said that 8 per cent of calls to the medical defence organisation were from doctors who had been subpoeaned, or called to give evidence in court.

“Particularly with the psychiatrists, who have very sensitive records, the doctors are concerned about releasing the information,” Dr Bird said.

Psychiatrist and study author Yvonne Skarbek said solicitors had threatened to have her arrested if she did not hand over her patients’ records in their entirety. Many of them had postnatal depression and a history of childhood trauma and abuse.

“All of that becomes discussed by the court, and that’s devastating to these women and, in many cases, retraumatises them,” Dr Skarbek said.

One psychiatric patient, who did not wish to be named, said she discovered, in front of a packed courtroom, that a psychiatrist had once described her as having borderline personality disorder. She later discovered that her entire medical file, which detailed childhood sexual abuse, suicidal thoughts and major depression, had been read by everyone in the courtroom.

“I was always assured that whatever was discussed within the four walls [of the psychiatrist’s room] would never be made public, and that’s what gave me the confidence to get help,” the woman said. “My biggest fear was for my secret to be exposed. The fact that I had no control, it’s made my anxieties more profound.”

Co-author and NSW chairman of the Royal Australian and New Zealand College of Psychiatrists Gary Galambos said the practice was a breach of privacy and was traumatic for vulnerable patients.

The former husband of one of his patients had used the information against her by repeating to their children what she had said about them in psychiatric therapy. “This completely destroyed this woman’s relationship with her children,” Dr Galambos said.

He wants the federal government to make patients’ psychiatric records privileged, unless there are compelling reasons to disclose them, such as a medical emergency, or significant risk of harm to a child.

The Australian Medical Association’s position is that doctors should only disclose patients’ medical records where the public benefit outweighs the risk to the patient.

Dr Galambos said most psychiatrists complied with demands for patients’ records because it was impractical to go to court to fight every subpoenathey received. “The problem is that the bar has been lowered,” he said. The Lawson Clinic in Gordon, where he works, receives about six subpoenas a month.

In hospitals, patients and their psychiatrists are not necessarily told when a subpoena has been issued, and they may not be aware that the records have been handed over until after the fact.

Psychiatrist and psychotherapist Janine Stevenson said the profession was constantly debating the best way to protect patient confidentiality when solicitors made demands.

“When you provide details, and sensitivities are revealed before the court, it can put therapy back years and years,” Dr Stevenson said. “It can be very detrimental to the relationship with the patient because how can they trust you?”