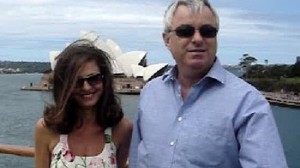 This is another sordid case becoming more and more frequent with the changing nature of relationships in Australia, which highlights the difficulty in determining whether a relationship was simply casual or de facto.

This is the case of notorious solicitor Michael Ryan, who had numerous lovers, many of them prostitutes, who have all made claims on his $8m estate as his de facto lovers, with varying degrees of success.

As a solicitor, multi-millionaire Michael Ryan shot to ­notoriety when he appeared for former judge Marcus ­Einfeld as he tried to get off a $77 speeding fine by blaming it on a dead woman.

As a lover, Mr Ryan’s ­private life was just as ­complicated — as the Supreme Court was told during a fight between four women, three of them prostitutes, over his $8 million estate.

Marie Christos withdrew her claim because of legal costs; Denise de Bono settled out of court for $115,000; and Gillian Crighton — the only one who was not a prostitute — received $20,000 in another out-of-court payment.

Janet Amprimo, who sued for $2.8 million, walked away with nothing but a potentially large legal bill after Justice Nigel Rein on Thursday found that, although she was one of Mr Ryan’s mistresses, there was no evidence they lived in a de facto relationship.

The judge found their relationship was “well and truly over” when Mr Ryan died alone in his Fairlight mansion in 2012 after selling his legal practise and becoming a recluse amid the controversy surrounding the Einfeld case.

Justice Rein said Mr Ryan met Ms Amprimo at Melbourne brothel, the Daily Planet, where she had worked for some years. Between 1996 and 2006, she stayed in Sydney hotels and a Kirribilli apartment at Mr Ryan’s expense but also worked at Sydney brothel, the Penthouse.

Ms Amprimo said she knew Ms Christos from the Penthouse and Ms de Bono from the Daily Planet. During those years, Mr Ryan was also seeing Ms Crighton while taking Ms Christos on luxury cruises and visiting Ms de Bono in Melbourne.

The six-year relationship between Ms Christos and Mr Ryan broke up two months before she found documents relating to the Einfeld case — which she took to police and the media — while searching Mr Ryan’s bin in August 2006 for evidence of another woman. Marcus Einfeld later served two years after pleading guilty to perjury for blaming driving offences on other people.

The judge said he accepted evidence from Philippa Duncan, a friend of Mr Ryan, that on August 22, 2006, he gave her Ms Amprimo’s mobile number and asked her: “Would you just call and say that I am unable to see her any more and that she should just go away.”

Justice Rein said Ms Amprimo had never mentioned the word “love” in any of her ­affidavits. He said he accepted a man could have a de facto ­relationship with a prostitute and such a relationship could exist while two people lived in separate homes but there had to be some romance and that had ended for Ms Amprimo and Mr Ryan in 2006.

He adjourned the case for a decision on costs.