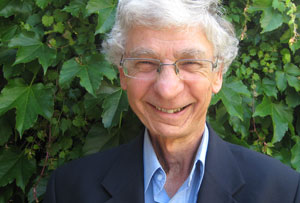 This is nothing new for Chisholm, who has a penchant for writing reports and reviews that have consistent themes, notably that Shared Parenting laws must be removed from Australia’s Family Law act.

In this new blueprint, Chisholm has lamented that the current laws have lead to confusion in the minds of many parents, who he claims, falsely believe that children are entitled to have a meaningful relationship (including parenting time) with both parents in the event of divorce.

According to Chisholm, because of this alleged mis-conception, he presumably wants any references to Shared Parenting (and synonyms), as well as terms like “Equal Shared Parental Responsibility”, “Significant and Substantial Parenting Time” and “Equal Parenting Time”, to be removed from the act, along with about another fifth of Part VII of the Family Law Act.

He wants this whole section replaced with a presumption that “it is in a child’s best interests for both parents to continue to have parental responsibility“.

Well if not let me give you a hint, from my reading what he is suggesting is that he wants the Family Law act to go back to a time prior to the 2006 Shared Parenting amendments, where parental responsibility was a meaningless term that in practice amounted to sole parental responsibility, the beholder being the parent who had physical custody.

Chisholm hopes and expectations however are not supported  by the historical facts underlying the basis of his reports.

One claim by Chisholm and others regarding the proposed family law reforms post 2006 has been a mis-representation of the history of these amendments.

Despite Chisholm’s misleading claim, the reality is that the core driving force behind the 2006 Family Law amendments was the principle of Shared Parenting (being defined in its simplest form as equal, or substantial and significant shared living arrangements.) This was underscored and emphasised by the Prime Minister of the time, John Howard in numerous instances.

This was ultimately the primary goal of these 2006 family law amendments, and no amount of revisionism or re-casting can change the historical foundation and motivation behind these laws.

If anyone has any doubts about the intent of the laws, I recommend you go back to the foundation bi-partisan report in 2003, supported by both the Coalition and the ALP, called “Every Picture Tells a Story.”

Although the final legislation did not adopt all the recommendations, the intent of the changes were very clearly articulated in this report, despite the compromise of the 2 -hurdles to Shared Parenting (incorporating Equal Shared Parental Responsibility as the first hurdle), being a necessary compromise to seal bi-artisan support for the report.

The report however in intent and purpose is unequivocal and reads:

“Despite the intentions of the Family Law Reform Act of 1995, shared parenting and shared physical care have not become a reality for the vast majority of separated families.”

In response to this failure in the 1995 Family Law changes, the Committee recommended that the new Shared Parenting amendments (eventually enacted in 2006) should contain the presumption that children should “be given maximum opportunity of spending significant amounts of time with each parent.”

The report’s intentions were clear, that there be a Presumption of Equal Shared Parental Responsibility (the first hurdle), that would be struck down if certain events occurred, such as family violence, huge distances between households, or other relevant issues preventing Shared Parenting.

If such events did not occur, then the Courts were compelled to order Shared Parenting, either Equal Parenting Time, or Substantial and Significant Parenting time, if in the child’s best interest, and if not ordered, the Judge had to explain why not.

To illustrate this mis-representation by Chisholm more recently, in 2011 these Shared Parenting laws were amended by the then Gillard government to make it more difficult for some parents to get Shared Parenting arrangements with their children if there were allegations of family violence (despite it already being part of the 2006 amendments).

In response to these proposed changes, George Christensen, in opposition at the time, stated on record that:

“What is inside this Trojan horse, the malicious code that will infect society, is an attempt to undermine equal access for both parents. This change would invite the court to ignore the requirement to consider the second pillar—the benefit to the child of having a meaningful relationship with both parents.”

A recent article reported in the Australian on Chisholm’s proposed family law act reform blueprint, further distorts the original intent of the 2006 Shared Parenting Family Law amendments, either deliberately, mistakenly or by complicity by the journalist involved, Nicola Berkovic.

The article suggests that Australian family law act could be simplified, by removing some convoluted section in the act.

The journalist, Nicola Berkovic, then used comments by other notable family law spokes-people supporting the above premise, to imply that this view also includes their agreement that Australia’s Shared Parenting laws should also be ditched.

In fact, as is the case with the pre-eminent expert in family law and the man sometimes referred to as the architect of the 2006 Shared Parenting laws, Professor Patrick Parkinson, this is not his position at all.

In a similar tactic, Anti-Shared Parenting advocates like Chisholm have also used the guise that Shared Parenting laws expose children of separated families to increased risks of child neglect, child abuse or child murder, and yet the subsequent reviews of the 2006 Shared Parenting laws plus numerous other studies and research found that nothing could be further from the truth.

More on this other mis-representation often peddled by the usual suspects, in another article.