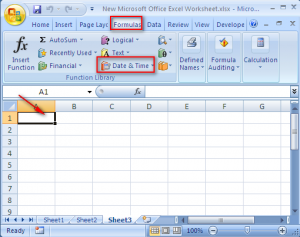 Divorce proceedings can be financially devastating for the parties involved but a new financial-advice modelling tool claims it is possible to cut months off the length of a typical settlement process.

This statistic led financial planning firm, ipac, to work with lawyers in the creation of the ipac Life Choices Modelling Tool, which was launched at the 15th National Family Law Conference in Hobart earlier this week.

The service is designed to make reaching a financial settlement a more timely, less stressful and less financially disruptive process.

This and other issues surrounding the financial implications of divorce were raised at a panel event at the conference.

“With the help of better financial advice and modelling, the emotional and financial tribulations faced by the more than 50,000 Australians getting divorced annually can be mitigated significantly,” said Clitheroe.

According to ipac, the delivery of an accurate financial statement is one of the issues creating a financial settlement logjam.

“The financial statement is a legal requirement and therefore must be accurate, as it forms the basis of negotiations and the eventual financial agreement.”

While a financial statement can be as straightforward as listing bank accounts, credit cards, the value of superannuation funds and a mortgage, for some it is a more complicated and time consuming process, which can contribute to a divorce settlement dragging on for many years.

“We understand that from the lawyers’ perspective, that the delivery of an accurate financial statement is one of the issues creating a financial settlement logjam – and this delay doesn’t earn them any additional fees, because it’s just periods of dead time as couples work through the process, which can take many months and even years,” said Campbell.

The costs of delay and doing nothing

Helen Darke, who is in her fourth year of divorce proceedings, recently sat down with an ipac adviser, underwent a trial version of the Life Choices Modelling Tool, and was pleasantly surprised with the results.

“I looked at the scenario of buying a home and doing some investing based on an estimated settlement amount, and the Life Choices Modelling Tool showed me the potential size of my nest egg in 20 years time using a number of different strategies,” said Darke.

“However, the problem is, that until I can arrive at the financial settlement, my money is sitting in a cash account earning little more than inflation, rather than being invested in something for the future.

“I’m now renting, and paying tax on the interest on the money held in my lawyer’s trust account, which means that my money is marking time and I’m marking time, too.

“For me, this financial planning exercise separated the rational facts from the emotional issue of who gets what, and also revealed the costs of delaying and of doing nothing.”