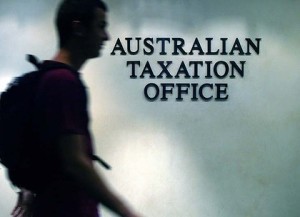 The cost of divorce for many wealthy couples will rise under a Tax Office ruling that imposes much bigger bills on property settlements.

Tax and legal experts said the ruling reversed existing administrative practice and means the value of some settlements could be reduced by almost half. The ruling stops couples funding divorce settlements using income from private companies, which was taxed at the corporate rate.

Rich families often park their assets in private companies, trusts and partnerships. This allows them to pay the 30 per cent company tax rate instead of the 46.5 per cent marginal rate applied to the highest paid.

Payments made under a Family Court order were treated as tax free in the hands of a divorcing spouse. That changed when the Tax Office issued a final public ruling on July 30.

Payments made to spouses who are getting divorced from private ­companies will now be deemed ­dividends and subject to personal income tax.

Experts said the change in rules could make the cost of divorce a lot higher. In some cases it could reduce settlements by as much as 46.5 per cent, particularly where the primary part of the settlement was from a private company and there were no franking credits attached to the payment.

Gadens partner Peter Poulos said it meant people would no longer be able to use Family Court orders to pay corporate profits to divorcing spouses tax free. The need to fund the divorcing spouse’s tax bill would in many cases convert a 50-50 settlement into an effective 60-40 settlement or worse, which was inequitable, he said.

“It’s difficult enough for family companies to protect the business where the company is required to make a large payment to a divorcing spouse,” he said.

“Now the company will also have to fund the divorcing spouse’s new tax bill, and this could be the straw that breaks the family business’ back.”

A more commercial approach to dividing matrimonial property held in family companies would be via a Family Court direction ordering company payments to be made to the spouse’s own private company, Mr Poulos said.

“This will defer the potentially catastrophic cost of the top-up tax and put the divorcing spouses on a more ­equitable footing.”

Craig Henderson, co-head of Lander and Rogers’ family and relationship law group, said the ruling was contrary to many previous private rulings and arguably inconsistent with the Income Tax Assessment Act.

But the question was whether ­anyone was prepared to take on the Tax Office.

“The extra tax now payable will of course be taken into account as an additional liability to be apportioned between the separating parties,” Mr Henderson said.

It will bring greater focus on the need for company restructures which had not previously been considered because of their comparative expense and complexity, he said.

The tax effect of shifting assets from private companies during matrimonial settlements would have to be taken into consideration during negotiations, particularly the effect of having to pay top-up tax for those on higher incomes, Pitcher Partners executive director Julie Strack said.

“In specie transfers of property, ­particularly where there has been a large increase in the value of the ­property over time and the company has substantial retained ­earnings, could result in large tax ­liabilities for the shareholder which they would have to fund ­themselves even though effectively the property has not been sold to anyone,” she said.

The Tax Office ruling, issued in draft form in November, makes clear that it reverses a “significant body” of earlier private rulings that amounted to a general administrative practice.

Those rulings suggested that a Family Court order for a private company to pay money to an associate of a shareholder would be exempt from the deemed dividend rules.

The ruling is likely to have significant taxation implications for property separations where a family company is involved, making tax-efficient separations more difficult to achieve.  It is likely that the taxation consequences will be of greater importance in negotiating settlements.

The new public ruling will not apply to Family Court orders made before it was issued, to the extent the ruling is less favourable to the taxpayer.