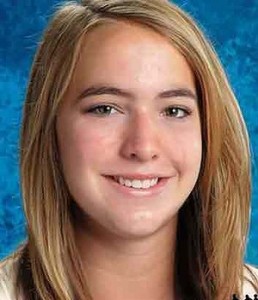 For the past six years, an unassuming home in a quiet pocket of Sunshine Coast suburbia has housed the answer to a two-decade mystery.

Savanna Catherine Todd was 10 months old and the centre of a bitter custody battle when she disappeared from the US with her mother Dorothy Lee Barnett in 1994.

This month his hopes were realised. Acting on a tip-off, Australian and US police swooped on an unassuming corner home at Mountain Creek, a suburb bordering Mooloolaba on Queensland’s Sunshine Coast, and arrested a woman who went by the name of Alexandra Geldenhuys.

Her daughter, Samantha Geldenhuys, was identified as long-lost Savanna, now 20 and a nursing student.

Mr Todd and Ms Barnett, a flight attendant, married in 1991, but the marriage crumbled. Ms Barnett filed for divorce before Savanna was born in May 1993.

Mr Todd’s long-time lawyer Graham Sturgis said Ms Barnett, who had been diagnosed with ”a variant of bipolar disorder”, increasingly became agitated during the two-

week hearing and a court deputy stood directly behind her seat. ”She was having a hard time remaining in her seat,” Mr Sturgis said.

The judge awarded Mr Todd full custody of Savanna and Ms Barnett was allowed to visit her daughter every second weekend, but after her first visit she refused to return her daughter.

Contempt of court proceedings took place, but Ms Barnett was not stripped of visitation rights and just weeks later, in April 1994, she

and Savanna disappeared during a supervised visit.

”The scariest part was going in the house because I didn’t know what we would find,” Mr Sturgis said. ”Did Lee do something to herself and the child? Had they left?”

The house was a mess inside. Food was left on the bench top and a map of Central America, a favourite destination for Ms Barnett, was found. Mr Todd did all he could to find his daughter.

He was highly visible in the US media, appearing on popular television talk shows, including Montel Williams and Sally Jessy Raphael, agreeing to tell his story in newspapers and magazines in the hope of finding a clue to Savanna’s whereabouts.

Mr Todd also launched a civil court case in South Carolina against his ex-wife. The judge was so taken with the suffering the father had endured he awarded him $US50 million in damages.

The money was not the goal.

What Mr Todd and Mr Sturgis wanted was to subpoena and take depositions from people they believed knew where Savanna was, or had helped Ms Barnett to flee.

Mr Sturgis described the $US50 million as ”totally uncollectable” and the ”bits and pieces” of information they collected during the court proceedings ”all pointed in different directions”.

Ms Barnett, 53, is accused of fleeing with Savanna to Europe, eventually marrying in South Africa, then moving to New Zealand, before settling in Australia in 2007.

She is in custody in Queensland and has been indicted in the US on parental kidnapping and making a false statement on passport application charges.

The US plans to extradite her. If convicted she faces more than 20 years’ jail. Savanna, 20, who attends James Cook University, is standing by her mother.