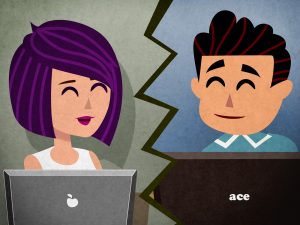 AN EXPLOSION in online romances is making the toughest Family Court issue even tougher, with more divorcees than ever wanting to move their children interstate or overseas to be with a new partner.

A world-first study of 80 parents involved in relocation disputes shows online dating is having a devastating impact on already-broken homes, putting an average distance of 1646 kilometres between children and the parent left behind.

Parents are being bankrupted, selling their homes, losing contact with their children or travelling long distances only to have visitation rights denied.

Results of the study suggest some parents are not upfront about new relationships when they go to court asking to relocate their children.

University of Sydney researchers have been following 40 men and 40 women involved in 71 relocation cases since 2006. They say the growth of internet romances is combining with a rise in broken relationships, increases in international mobility and the tyranny of distances in Australia to make relocation a more vexed issue than ever.

”Internet-based introduction services have radically increased the opportunities for separated parents to meet new people, and the connections thus formed are supported by very cheap modes of communication such as email, internet ‘chat’ programs, and web-based telephone or video communication,” Professor Patrick Parkinson, Associate Professor Judy Cashmore and Judi Single wrote in an article for US journal Family Law Quarterly.

While less than a quarter of women surveyed said they wanted to move due to a new relationship, about a third of men believed it was a factor in their ex-partner’s decision. ”The fathers’ accounts indicated the possibility that in certain cases the existence of a new partner might not have been disclosed to the court,” the authors wrote.

The legal costs of relocating often reached hundreds of thousands of dollars and the costs of maintaining contact with children were as much as $15,000 a year.

This led the authors to urge lawyers and judges to test if the moves were realistic before encouraging them.

Relocation disputes are ”the San Andreas fault of family law”, according to former Family Court judge Richard Chisholm. They are the most difficult decisions judges must make.

The disputes end in expensive court cases more than any other family law matter, with 59 per cent decided by a judge (four times the general rate). And it is almost always the mother who wants to move, making gender a major issue in the debate.

A High Court decision last week swung the pendulum slightly back in favour of parents wanting to relocate.

In a high-profile case code-named ”Rosa v Rosa”, a mother had been forced to remain in a Queensland caravan park, depressed and living on welfare payments, after she moved there from Sydney for her husband’s mining career and they separated. The High Court said the decision was wrong and ordered a fresh hearing.

Judges will have to ask whether an arrangement is ”practicable” before they can make orders for equal time in future.

About 23,000 divorces, half involving children, are granted in Australia each year.