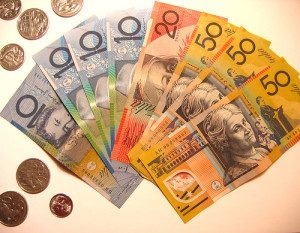 Sharing the family assets by giving adult offspring an early inheritance may seem like a good idea. But what happens if they split from their partner, and those hard-won assets walk out the door?

Anna and Paul helped their son Andrew* with $160,000 to buy his first home. They had no idea that, 10 years on, they would face months with lawyers and about $50,000 in legal fees trying to stop his wife Stella leaving the marriage with half the money.

Sharing family assets by giving adult ­offspring early inheritances may seem a good idea. But, as Anna and Paul found, what happens if the partnership folds, opening the way for those hard-won assets to walk out the door and away from the family?

No one can reliably predict how relationships will play out but, when it comes to the transfer of family wealth, it is worth erring on the side of caution to ensure not everything is lost to the other side. Mitchells Solicitors & Business Advisors principal Bryan Mitchell says parental acts of ­generosity should rarely be couched as a gift.

“I’m not opposed to acts of generosity,” Mitchell explains. “You can’t take it with you when you die, but I strongly encourage the giver to make any gift a documented loan or to take some security over the asset.”

This was Anna and Paul’s problem. They had helped Andrew with the money before he met Stella and, while they all verbally agreed it was a loan, it was not documented. Recognising her son’s marriage was on the rocks, Anna registered a mortgage over the property but still there was no loan documentation. Had it been, says Mitchell, it could have been settled out of court. Andrew won, but legal fees amounted to about a third of the loan.

Social demographer Mark McCrindle says the current approach in Australia is for parents to help their kids with gifts or loans at the start of their independent life, for big-ticket items such as education expenses or property. Where the complexities really start, is when the children form their own ­relationships, which can then turn sour.

“People are marrying later and fewer ­people are marrying at all, which means divorce rates are dropping,” says McCrindle, principal of McCrindle Research. “But when they do marry or cohabit later in life, both parties tend to bring more earnings and more assets to the partnership.” When it comes to the Family Law Act, de facto couples are treated the same as married couples.

For property settlements, the Family Court will consider any period of cohabitation before marriage when assessing the length of the relationship. A straight gift of anything from cash, property or a slice of the family business to an adult child is called an “inter vivos” transfer, meaning it’s done while you are still alive (not after your death via a will or testamentary trust). These gifts may become matrimonial assets when those adult offspring form a relationship governed by the Family Law Act, says Townsends Business & Corporate Lawyers principal Peter Townsend.

“The Family Law Act and the powers of the Family Court are extremely wide. If the asset falls within the matrimonial pool, the Family Court will deal with it and it can ­effectively look through structures, including trusts, that it thinks are designed to ­prevent the other party getting their share of the family assets.”

Townsend says one way around losing gifted family assets to a former partner may be a prenuptial agreement, formally known as a binding financial agreement. For example, if a son is given a house for him and his wife to live in, the agreement may state if they divorce, the house stays the son’s property and is not part of the matrimonial pool.

The agreement can be drawn up before or during the marriage and the terms of the agreement laid out as to what the parties expect to happen if things go sour. Townsend says both parties must get legal advice and the agreement should be approved by the Family Court.

“Lawyers have a reputation for being expensive but legal advice is not expensive in relation to what you have to lose.”

“In a property settlement, the court will look at the assets and liabilities held individually and jointly, and then who contributed what. If one person has liabilities arising from a loan from their parents, then that amount may be taken out of the picture when it comes to dividing the assets.”

Sinclair says thinking about potential scenarios before they play out, and proper documentation, are key to securing family assets.

“It is important to think about the steps you can take to protect the family business or any assets being handed down before any signs that a relationship may be rocky. By the time a couple is separated and you are before the court for a property settlement, not too much can be done.”

If a $10,000 gift to a daughter to buy a house is to be repaid, it must be set up as a loan document (preferably signed by all parties) that sets out the conditions on which it is to be repaid, Sinclair says.

“A loan can be repayable on demand, but there has to be documentation that there was a loan. If there is no documentation, no repayments and no security, then it will come down to whether the court accepts whether it is a liability. If it is not a liability, then the other party could get a greater share of the assets, including the money put in by the parent,” she says.

Prescott Securities financial adviser and estate planning specialist Samuel Garreffa says parents “giving with warm hands rather than cold hands” offers the satisfaction of seeing assets used in their lifetime, but can be contentious if the money is not used as intended.

Another consideration is if gifting assets affects the giver’s financial situation. Where a parent gets an Age Pension and gifts assets, Garreffa says, they must not breach Centrelink gifting rules, which let age pensioners gift up to $10,000 a year, or $30,000 in three years, without remaining assets being assessed for the pension.

Resi Mortgage Corporation’s Lisa Montgomery says family assistance – such as helping kids buy property – is often an emotional decision and ill-considered, particularly when it comes to the parents’ needs.

“A lot of parents don’t understand the impact that lending large sums of money can have on their ability to borrow money for themselves, or do what they want later in life,” Montgomery adds. “There are a range of ways that a parent can help a child leverage to property, but it has to be well documented and preferably drawn up as a legal document.

“They need to be able to call on that loan or protect that money under a range of circumstances. The terms of any loan have to be determined from the outset.

“They are hard conversations but nothing ever stays the same as the day the arrangement was made.”