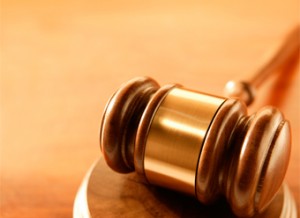 A father with Asperger’s syndrome is reeling from a judge’s decision that the time he spent with his children was so poor it should be cut from 30 hours to four hours a fortnight.

The man, who was given the pseudonym “Mr Bratsch” by the Federal Circuit Court, previously spent every second weekend with his children, but their mother sought orders requesting sole parental responsibility and for his time to be reduced to six hours a fortnight.

He told the court that statistically it was more dangerous for his son to get into the car with a P-plater than to stay in his cot unattended.

She said his Asperger’s syndrome meant he lacked empathy, misread the children’s emotions and there was ” no fun, joy or humour” in the relationship between them.

He believed that after-school activities were a waste of time that took them away from their homework, and read them books that were beyond their years, such as The Magic of Reality by biologist Richard Dawkins.

Many hours were spent trying to improve his 11-year-old daughter’s maths skills, and his son, 9, felt hurt and rejected when he was left to his own devices.

He responded by throwing things at his father or flicking the lights. Once he knocked over a table, which pleased Mr Bratsch as a sign that he felt free to express himself.

Judge Robyn Sexton said there were numerous examples of Mr Bratsch displaying poor insight and lacking parental capacity, including the time he left his then infant son in his cot with a box of chocolates while he dropped the daughter at daycare.

Questioned about this decision, he told the court that statistically it was more dangerous for his son to get into the car with a P-plater than to stay in his cot unattended.

He taught the children about sex when they were aged 8 and 10, including the subject of sexual assault, since the daughter was by then “old enough to be raped”.

And he strongly disapproved of the children attending scripture lessons, to the extent that on two separate occasions he went to their school and wandered in and out of classrooms until he found them and pulled them out of class.

Judge Sexton went further than the orders sought by the mother, reducing Mr Bratsch’s time with the children to four hours, to be spent in “positive engagement … not merely for the sake of spending time”.

If the father wanted to take them on an outing that would interest them, the time could be extended, she said.

A clinical psychologist, Julie Peterson, said the children of people with autism or Asperger’s were sometimes traumatised by their parents’ behaviour.

But even though they appeared to be emotionally limited, those parents were devastated when courts elected to remove the children from their care.

“We know they love their children, most of them,” Dr Peterson said. “They feel the grief and loss.”