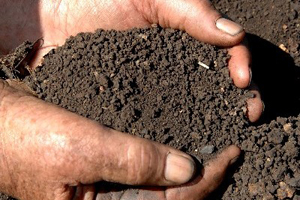 THE ex-wives of two brothers at the helm of a Queensland farming and mining company have snared the lion’s share of the family fortune after a legal showdown with one of their own children for the money.

The women have netted almost $2 million in the bitterly-fought property claim against their husbands and a son, who tried to secure a slice of the asset pool in the Family Court of Australia this month.

The feud has shone the spotlight on Australia’s rural marriage crisis with both long-standing marriages ending in November 2009 after the couples were together for 38 and 21 years respectively.

Concerns over the high rate of relationship breakdown in rural areas has prompted the Federal Government to reinstate a program it shelved for travelling counsellors to visit rural couples.

Queensland Rural Woman of the Year, Alison Fairleigh, said “romantic notions” of rural marriage were sadly evaporating under the stress of drought and spiralling farm debt.

“We are on the cusp of another very bad drought in western Queensland and you can only imagine the pressure it is placing on relationships,” Ms Fairleigh said.

“A lot of it is related to the adjustment to isolation and working long shifts,” Mrs Downing said.

Ms Fairleigh said many break ups in farming areas were linked to a “drinking culture” and economic hardship brought on by years of financial difficulties.

She said a rising number of men were self-medicating with alcohol for depression, while their wives were forced to work full-time off the farm for financial survival.

‘When you separate in a rural marriage, often it is a case of people taking sides, so you can end up separated from your community,” Ms Fairleigh said.

“If there are succession arrangements, wives are left with very little. If not, she gets half of everything and he feels like he has let his family down.”

The son in the latest case lost his claim for a majority stake in the company he managed after the court found a promise to be “looked after” by his father and uncle too ambiguous.