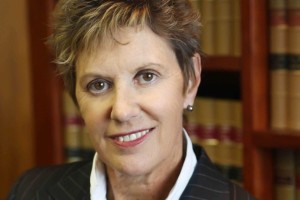 The Chief Justice of the Family Court has expressed concern about cuts to legal aid in the federal budget.

Justice Diana Bryant said access to legal aid was already a problem in the Family Court, and she was worried about the impact of a further $15 million in Commonwealth funding cuts outlined in the budget.

She said a lack of legal representation was particularly problematic in cases involving allegations of domestic violence.

“In Victoria, for example, in the last 12 months they’ve not been funding one party where the other party is unrepresented, so that a mother who is asserting violence where the father is unrepresented would not get legal aid,” Justice Diana Bryant said.

“It’s bad enough to be cross-examined by the violent party, but it’s worse if you have to run the case yourself and people can’t do it.

“That means that the quality of the evidence that’s before the court is severely compromised and I think that’s a real problem for all of us.”

The Law Council of Australia said the lack of legal representation in the Family Court was “a national disgrace”.

According to the council’s access to justice spokesman, David Neal SC, the problem is not limited to Victoria.

He said a similar pattern was seen in other states, with people embroiled in bitter family law disputes left without legal representation.

“Victims of domestic violence face the horror of having to confront the perpetrators in court without the assistance of a lawyer, therefore increasing their trauma,” Mr Neal said.

“The Law Council calls on the Government to remedy this significant injustice.”

The Attorney-General’s Department says the funding withdrawn to legal aid was supplementary only and would have expired at the end of the financial year.

In a statement it said the base funding under the National Partnership Agreement on Legal Assistance Services was not affected by the budget cuts and had been extended for another year.

The Federal Government will contribute $204.4 million to legal aid commissions in 2014/15.

The Government said it was considering options for future legal assistance arrangements from July 1, 2015 that would focus on frontline services to the most vulnerable Australians.

“The findings of the Productivity Commission’s inquiry into access to justice arrangements and the recent Review of the National Partnerships Agreement will inform future decisions concerning legal aid services,” the Attorney-General’s Department told the ABC.

In a wide-ranging interview with the ABC, Justice Diana Bryant gave an insight into the difficulties judges face in making contact orders in cases involving domestic violence.

“The court has got to look at the right of the child to have a meaningful relationship with both parents, but that has to be weighed up against the need to protect the child from risk,” she said.

She said it was not unusual to see cases where parents with a history of violence had been granted access to their children.

“You will often find that although there has been a level of violence, parents themselves have made arrangements for contact between the parties,” she said.

“If they are happy for some kind of contact to take place, and there’s a reasonable relationship which is of benefit to the child, the Family Court will probably make orders.”

The murder of 11-year-old Luke Batty by his mentally ill father earlier this year has led to questions about whether more could have been done to protect him.

Justice Bryant said the Batty case had never come before the Family Court as the parents had reached their own agreement on access.

The Chief Justice said there was only so much the law could do to prevent violence.

“Ultimately we can’t predict all human behaviour,” she said.