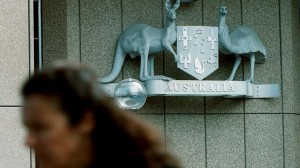 Judges who travel to regional areas to hear family law disputes are handling up to 70 matters a week and sitting until as late as 8pm to get through their caseloads.

As revealed by The Australian, warring families are waiting up to two years to obtain final hearing dates in some regional areas — putting women at greater risk of domestic violence and compromising child welfare. Judge Michael Baumann, the national case management co-­ordinator for the Federal Circuit Court of Australia, which handles most family law matters, said ­regional circuits were a key focus of the court.

However, he said every time judges were sent to regional areas, it meant taking time out of the ­nation’s busy capital cities.

“What happens is that you have to balance the needs of circuits with the rights and needs of litigants in the major registries,” he said.

“That balance is a difficult thing to do. In a perfect world, with more resources, we could spend more time in circuits without any reduction of time in the major ­registries.”

Practitioners believe the caseload in regional areas such as Lismore in northern NSW and Queensland’s Rockhampton is so great, they should be given a permanent judge. Other areas such as Parramatta in Sydney’s west are also stretched.

Judge Baumann said in an area such as Lismore, a circuit judge might have 10 matters listed for final hearing and another 50 or 60 cases to manage over five days. He said judges regularly sat until after 6pm and sometimes as late as 8pm in regional areas, so parties did not have to wait up to two months until they returned.

“It’s not desirable — it’s not optimal for anybody,” he said.

“It’s only done when everybody involved … says it is in the interests of the children or this case that we try and bring some ­finalisation.”

He said judges admired the resilience of country practitioners prepared to work with the court, knowing that otherwise parties would have to wait much longer to get cases on or manage matters by telephone.

However, Judge Baumann said the numbers told only part of the story.

He said because of a concerted effort by government and the profession, matters were increasingly settled before reaching court so that only the most difficult disputes, for example those involving violence, mental illness or drug use, now reached the courts — with the most complex of those being reserved for the Family Court.

“Filing numbers per se are misleading,” he said.

“I think you have to look at the complexities of the matters that we are both dealing with to understand that the numbers are not the only story.”

Attorney-General George Brandis last week would not say whether $30 million in cuts to the family law system flagged before the election were off the table.

Judge Baumann said extra resources would enable the court to meet its demands in both the ­regions and major circuits.

Meanwhile, solicitor Joanne Madden has backed a call to increase family court resources in Rockhampton after concern was raised about the high case load in Central Queensland.

Ms Madden, principal at Madden Solicitors, spoke to The Morning Bulletin yesterday after an article published in The Australian revealed judges travelling to regional areas were “overwhelmed” with cases.

Rockhampton was listed, alongside Lismore and Parramatta in New South Wales, as an area where the case load was so great practitioners believed a permanent judge should be appointed.

She compared the city to Cairns, which has a permenant judge, and said the same number of applications were being made in Rockhampton.