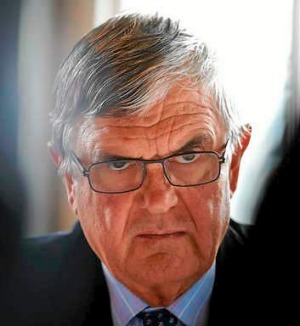 Parents locked in child custody disputes and couples going through acrimonious divorces will wait up to three years to have their cases finalised as “drastic underfunding” of the Federal Circuit Court and a mass exodus of retiring judges exacerbate already long waits.

Fairfax Media has learnt that 12 judges are set to retire over the next 12 months – almost a quarter of the circuit court’s 65 judges. The circuit court works in tandem with the Family Court, dealing with more than 80,000 divorces and custody matters a year.

Lawyers who work daily in the circuit court’s family division have warned that waiting times for a final hearing will balloon from two years to three if emergency funding recommended by KPMG is not forthcoming from government and departing judges are not immediately replaced.

The Chief Judge of the Federal Circuit Court, John Pascoe, the Law Council and family lawyers all told Fairfax that courts are struggling to keep up with their case loads, with some busy courts operating with half the number of judges they once did.

At Parramatta, for example, there are now just two judges doing the workload of four. Judge Joanne Stewart was moved from Parramatta to Melbourne in April to fill another staffing hole created by the retirement of three Victorian judges.

She has not been replaced and the two remaining judges in Parramatta have had to split her cases between them. One judge has no hearing dates left for the entire calendar year 2015, according to lawyers.

In central Sydney, Judge Stuart Fowler retired a year ago and has not been replaced.

Attorney-General George Brandis is responsible for approving new appointments and funding the court.

In a statement, Chief Judge Pascoe linked the court’s staffing problems and spiralling workload to Senator Brandis, who commissioned KPMG to investigate the court’s financial woes but has so far not acted on its recommendation for an emergency funding injection of $5 million to boost service levels before a long-term solution is found. The Circuit Court’s budget will be in the red by $75 million by 2017-18, KPMG found.

“The Federal Circuit Court is facing a large number of judicial retirements in the next 12 months,” Chief Judge Pascoe said. “The Attorney-General is aware of the pending retirements and of the court’s heavy workload. I have indicated to the Attorney the pressure that is currently faced in particular registries such as Parramatta.

“In a high volume court, timely replacements of retiring judges is critical in ensuring that families in distress are dealt with as quickly as possible because delays in accessing the courts can adversely impact on families,
especially children.”

Mustafa – not his real name –  an administrator from western Sydney, has experienced the impact of drawn out proceedings after his wife took his young son and left in 2012.

His case will get another mention in February but a final hearing cannot be held until late 2015. In the meantime, due to allegations that were not substantiated by police, he has had to endure supervised visits with his son, now six, before being granted two days access a fortnight until his matter is completed.

“I am disappointed by the timeframe and the way we as fathers are considered guilty until proven [innocent],” he said.

A spokesman for Senator Brandis said the government was committed to ensuring the federal courts were adequately resourced but he would not rush appointments of judges.

“Whilst appointments are progressed as quickly as possible, the appointments of judges are important decisions that need careful consideration,” he said.

“In the current economic climate all areas of government, including the courts, must look for ways to work more efficiently and effectively. The Attorney‑General is carefully considering all available options for any administrative and structural reform to address long-term financial sustainability of the federal courts.

Perth lawyer Rick O’Brien, chair of the Family Law Section of the Law Council of Australia, said: “The family courts are genuinely in crisis, and with these retirements things are going to get worse.”

“It takes about two years for a case to get to trial in the Family Court. The Federal Circuit Court has always had the ethos of dealing with family matters quickly and efficiently but in NSW it is now slower than the Family Court – and that is simply due to lack of resources.”

In September, Law Council president Michael Colbran, QC, said the KPMG report, which has not been released by Senator Brandis, confirmed “what the legal profession has said for some years – that the Federal Courts are drastically underfunded, and that the public is suffering as a result.”