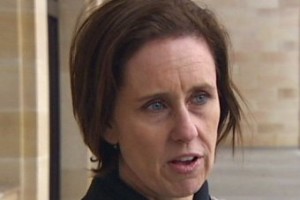 Budget pressures have prompted Legal Aid to consider closing two of its metropolitan offices and centralise services at its Perth headquarters.

The service is jointly funded by the state and federal governments and provides free services to people who cannot afford to pay for a lawyer.

But the budget is under strain and the ABC has been told the service, which has an annual budget of about $65 million, will soon put a proposal to the Legal Aid Commission to close offices in Fremantle and Midland.

There are no plans to cut jobs and staff would be relocated to the May Holman centre in Perth’s CBD, in a bid to save $600,000 a year.

The Member for Fremantle Simone McGurk has described the proposal as a “tragedy”.

“Remember that this service is being cut for metropolitan centres because the Barnett government has prioritised vanity projects over people,” she said.

“The Government’s failed to manage their own budget and recipients of legal aid are paying the price. It’s a real tragedy.”

She is also suspicious of the claim that jobs would not be cut.

“Taking those Legal Aid offices out of the metropolitan areas will mean that some people are without proper legal advice,” she said.

“We still don’t know whether the actual staff numbers will be reduced as a result of this decision but we’ll be looking closely at the upcoming state budget to see if Legal Aid’s allocation has been cut.”

Attorney General Michael Mischin has blamed the previous Federal Government for cutting its part of the shared budget.

“Whereas once the Commonwealth was contributing something like 60 per cent of funding for Legal Aid in Western Australia, in 2011-12 it was down to 37 per cent,” Mr Mischin said.

“There are a number of pressures on Legal Aid but the assurance I’ve had is that the services won’t suffer.

“The Government’s failed to manage their own budget and recipients of legal aid are paying the price. It’s a real tragedy.”

“It was one of my concerns as to whether this would cause people to be disadvantaged, but as it was pointed out to me, there are duty lawyer services in Rockingham, in Mandurah, Armadale, they’re in Joondalup; all these are major areas which have their own significant problems.”

He says Legal Aid director George Turnbull had to work with the budget available.

“That is a matter for him as to how he handles the budget he has,” Mr Mischin said.

“It’s true to say that every government agency and department needs to achieve efficiencies and economies in order to stretch dollars further.”

The Opposition says the move will affect many vulnerable people, particularly with the busy Fremantle office also servicing the Rockingham and Mandurah courts.

The Legal Aid Commission will consider the proposal at the end of this month.