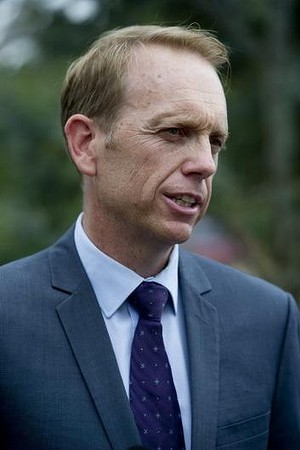 The federal budget cuts to legal aid will undermine access to justice for Canberra’s most disadvantaged, the capital’s legal fraternity says.

Attorney General Simon Corbell says the budget pain could force an already overworked court system and social services to pick up the pieces.

The federal government on Tuesday announced it would rip about $15 million from the legal aid budget over the next four years.

Mr Corbell said the funds had been earmarked for an expansion in services targeting areas of need, including disadvantaged groups such as the Aboriginal and Torres Strait Islander community, victims of family violence, and people who are seeking legal protection for children.

Mr Corbell says the impact of the cuts would be worn by Canberrans struggling to cope with socioeconomic disadvantage by preventing their access to justice.

“They will increase costs on our justice system and social services, because legal problems that might have been averted with early advice will balloon into more serious problems,” Mr Corbell said.

“The reduction in funding for services to Aboriginal and Torres Strait Islander people is directly contrary to the Commonwealth’s assessment of legal needs.

“The Commonwealth Productivity Commission is right now circulating its report on access to justice, which details significant unmet legal needs, particularly for vulnerable members of the community, including women, indigenous Australians, people with a disability and the unemployed.”

ACT Law Society president Martin Hockridge said the courts and tribunals would inevitably be forced to clean up the mess.

Mr Hockridge said the withdrawal of frontline services meant more people would be forced to represent themselves in legal proceedings.

“You have people with no legal training in court trying to resolve disputes that probably could have been dealt with with a bit of sensible advice early on,” Mr Hockridge said.

“Studies have demonstrated that early expenditure in legal aid means that people can resolves issues, through mediation, before they escalate out of control.

“If that doesn’t happen, in the longer term it becomes something that has to be litigated which is hugely expensive.”

Mr Hockridge warned the cuts could further reduce the number of lawyers willing to take on legal aid cases as they were already making a loss or below market rate for their expertise.