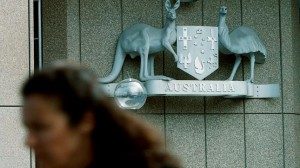 Mr Grant, a partner of Grant and Simpson Lawyers, said there was a “significant amount of work” for Federal Circuit Court judges in Rockhampton.

He said once a trial had been allocated, it could take three to six months to be heard.

But Mr Grant said those three months were needed to prepare for the trial.

And according to Mr Grant, waiting isn’t always a bad thing.

He said statistics had shown up to 90% of family law matters were settled before they went to trial.

“Some delays assist parties trying to sort things out and they do,” he said.

Mr Grant said there may even be some danger in rushing matters to court, without giving the couple time for more mediation.

Although he said a permanent judge was not a necessity, Mr Grant agreed more circuits throughout the year could see trials move through the courts faster.

“If they had more circuits just for trials, it would be good,” he said.

“It works pretty well, but there are cases that slip through the cracks.”