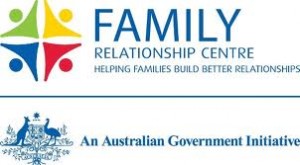 CUTS to the nation’s 65 Family Relationship Centres have prompted more than half to reduce staffing and put families at risk.

These are the findings of a recent survey of federally funded FRCs conducted by the peak body, Family & Relationship Services Australia.

The FRCs originally were established under the Howard government from 2006-08 to assist families who separate to sort out parenting arrangements without going to court and to help provide referral and support services. This included access to three free hours of mediation, or family dispute resolution.

Evidence from the Australian Institute of Family Studies Review and from the court system’s reports has shown that FRCs have been effective in the first five years of operation, with overall parenting applications to the courts dropping by about 32 per cent, and use of mediation and counselling services increasing.

In 2011-12 the Gillard government cut funding by more than $4 million and forced FRCs to impose a charge beyond the first hour of mediation to parents above a certain income.

As many disadvantaged families do not have the capacity to pay for these services, the FRSA survey reveals the cuts have reduced the ability of FRCs to provide services, resulting in more children and families being put at risk.

The survey of all 65 FRCs received a response rate of almost 80 per cent. FRSA executive director Steve Hackett said the survey found that 70 per cent of FRCs reported the funding cuts had had an impact on service delivery in their centre.

About 57 per cent had to reduce staffing by between one and five full-time equivalent and 42 per cent reported clients experienced longer waiting times.

“FRSA has called on whichever party forms government to guarantee funding to these and other vital family support services is increased to meet growing demand,” Mr Hackett said.

“It reduces conflict earlier and provides other support options for families that facilitate decisions in the best interests of children,” he said. “Investing in family support services such as FRCs amounts to a long-term investment in our children, which has not only social but also economic benefits for Australia.”

FRC managers made a number of critical comments in the survey. “When FRCs were rolled out as part of the 2006 reforms, many were placed in disadvantaged locations,” one said. “Consequently, very few if any clients have the capacity to pay fees. The approach to charging (fees) was unwieldy, especially for families in conflict, and became a barrier to resolving their disputes.”