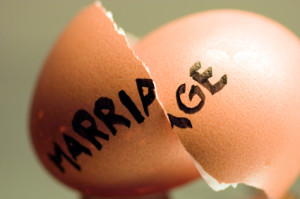 When 26-year-old Hollywood actress Scarlett Johansson announced she was divorcing her husband of two years, actor Ryan Reynolds, she joined the growing number of under-30s leaving their marriages less than four years into them.

The latest figures from the Australian Bureau of Statistics show that from 2007 to 2009, the number of people under 30 who divorced after less than four years of marriage increased by almost 12 per cent, from 5394 to 6024.

Relationship experts say younger couples approach divorce differently from those over 30, because they aren’t willing to settle if something isn’t working out. If that means divorce and a new start, so be it.

Psychologist John Aiken, author of Accidentally Single: The 15 Mistakes That Ruin Romance – And How To Avoid Them (Penguin), says: “If they don’t have kids, they are looking at the situation and thinking, ‘This hasn’t worked, but I have enough time to find someone else and maybe have a family with someone else.’

“So they feel that if they get out of something that isn’t working, they can do it better the next time around.

“They’re still at a stage where they can have a family with someone else. They are also still open to change and are more open to electronic dating. They know how to meet people; they aren’t unfamiliar with the dating territory the way older people may be.”

Anne Hollonds, former CEO of Relationships Australia NSW, says: “It is pretty difficult to keep a marriage going, so it is no surprise that people who do it young may find it more difficult than they thought. They may have not considered all the factors before marrying. Difficulties or disagreements may be glossed over in the romantic glow of early courtship.

“No-one is telling you to stay in a marriage anymore. There is no societal pressure to stay there, so you have got to find your own reasons.

“It isn’t therefore surprising that for younger marriages it may be rocky, given the lack of peer support, and given that their friends are having casual sex and having a good time while they’re married.”

In the US, the phenomenon of young people marrying and divorcing within a couple of years, without having children, has been branded “starter marriages”. It was first coined by Pamela Paul in her 2002 book, The Starter Marriage And The Future of Matrimony (Random House).

Clinical psychologist Vera Auerbach, who specialises in relationships, says: “I have seen a lot of young people who were married young, in their late teens or early 20s, but have then developed more as people so as they’ve grown up they have realised, ‘This is not for me.’

“Some have expectations or have idealised how the marriage is going to be. They can go into the relationship in a naive way, because in a long-term relationship there will be real differences.

“The Generation Y cliché is: ‘It’s all me, me, me’, but a relationship is not just about you. If you are in a committed relationship, it requires a lot of skills to go the long term.”