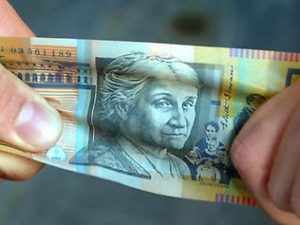 DIVORCE is a huge, costly and emotional expense, so it may come as no surprise that a number of companies out there are cashing in on your heartbreak.

Industries ranging from law to counselling and childcare services are all reaping the benefits of Australia’s growing divorce rate, according to data collected by business information analysts at IBISWorld.

Perhaps unsurprisingly, the legal industry is the biggest beneficiary in a divorce case but more ironically wedding services for remarriages as well as online dating services were also benefiting from couples undertaking the permanent break-up shuffle.

IBISWorld senior analyst Jeremy Edwards said the data, taken over a five-year period, assessed a number of metrics including the numbers of divorces, legal services costs, ABS figures as well as divorce applications.

Mr Edwards said it was hardly surprising the legal industry benefited the most as both the growth and cost of services had increased as had online dating and wedding services.

“The reality is people do move on and will get remarried,” he said.

“There’s less stigma now surrounding divorce and lack of ties to religion does make it easier now for some people.”

The top industries benefiting from divorce:

According to IBISWorld, divorce accounts for around 6.0 per cent of Australia’s personal legal services industry, which generates around $185 million in revenue each year. As divorce becomes more complex, so does the cost with advice, litigation, alternative dispute resolution and arbitration all costing big bucks.

Support services such as counselling are predicted to account for $1.9 billion, or 21.1 per cent, of the personal welfare services industry. Ms Dobie said couples often sought counselling before a divorce but that families also benefitted from support services post break-up as well.

Online dating is another industry booming from our heartbreak, Ms Dobie says.

“Over the past five years, online dating has boomed in popularity, particularly among divorcees, resulting in a growing number of sites specialising in getting Aussies back in the game post-split,” she said.

Couples with children were using more childcare services as some parents moved from a two-parent to a single parent household and juggled extra work demands and hours. According to the date, childcare and babysitting services, are set to generate revenue of $10.3 billion and $175.2 million respectively in 2012-13.

Ms Dobie said it was ironic that Australia’s wedding industry was benefiting as well with around 30 per cent of marriages now including at least one divorcee.

She added that celebrants, food and beverage suppliers and photographers were also generating increased revenue as well.