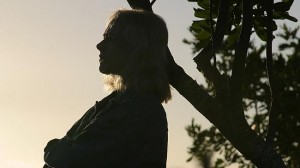 A MOTHER who sparked an international search after she absconded with her son to Europe has been found guilty of taking the child out of the country without permission.

The woman, who cannot be named for legal reasons, faced trial in the District Court in Sydney in October.

The woman was missing for three years until authorities arrested her overseas and reintroduced the child to his estranged father. Representing herself, the mother told the jury she left her job, her home and her family in 2008 because she feared her small son was being sexually abused by his father.

She said she became suspicious when she returned from a business trip and the child told her, “Daddy was unkind to me”.

“I still think I made the right decision,” she said in her opening address.

“I didn’t actually know I was breaking the law.

“What would you risk if you thought your little boy was in danger?”

But the court heard that just days before the mother took off with the son, a report by a child psychiatrist who had assessed both father and son found it was difficult to conclude the father was sexually assaulting the child.

The father, who took the stand, said the relationship with his wife deteriorated after he told her that he didn’t want a second child.

He said she had told him, “I will resent you for the rest of my life”.

The jury returned the guilty verdict last month and the woman will face a sentence hearing tomorrow.