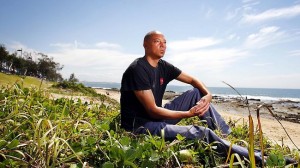 A DESPERATE dad has been reunited with his abducted daughter after his decade-long search for her ended near Sydney yesterday.

But in a bizarre twist, American father Brozzi Lunetta has gone into hiding with the ex-wife who stole her from him.

Camilla Ellefsen Lunetta abducted their daughter Reya from the United States in 2002 amid a bitter custody dispute.

“Today we’re basically hiding from any kind of police action and trying to find some way to get them safely back to Norway and to get them into some sort of protection from the Norwegian Government,” he told news.com.au this morning.

“(Camilla) is a Norwegian citizen who we’re trying to stop from going to prison in America (from where Reya was abducted) and have returned to her own country.”

The 40-year-old father, now based in Norway, returned to Australia last week after news.com.au revealed that Ms Ellefsen Lunetta and Reya were living in Sydney’s eastern suburbs.

Yesterday Mr Lunetta and a Today Tonight television crew confronted the pair at a property about an hour’s drive from Sydney after receiving a tip-off.

The pair had reportedly been hiding there for more than a week.

In a strange twist, mother and daughter are now holed up with Mr Lunetta. News.com.au is not aware of their exact location.

“She wants to just disappear with her people and have them try to get her out (of Australia) on a fake passport or something.

“It’s (been made) very clear to her that if she does a runner we’ll have no choice but to call the police.

“There will be complete absolute police action if she disappears from the custody we have.”

“They have their own bedroom and a shared bed. They’re together, they’re safe.”

Channel Seven, which has paid for Mr Lunetta’s flights and accommodation during this trip, has not responded to questions from news.com.au about whether the television station is also paying for Ms Ellefsen Lunetta’s accommodation.

“Nobody is being hidden, they are acting of their own free will,” a Seven spokeswoman said.

“We are under no obligation to report this matter to the authorities.

“Both parents have indicated to us they want to deal solely with the Norwegian Embassy.”

Mr Lunetta said they were trying to “keep very low key” until the consulate re-opened tomorrow.

“No one knows where I’m at except Today Tonight.

“We’re praying the consulate will be open tomorrow because to hide for three or four days will be impossible.”

Mr Lunetta said he hoped the trio could leave Australia within days. 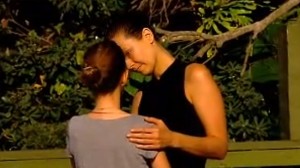 “We just need to get through another 24 hours and tomorrow we can get the Norwegian Government and the Australian Government on the same page as to what’s best for the child,” he said.

“Hopefully by Saturday we can all be on a flight back to Norway.

“I’ve said all along, I don’t want Camilla to go to jail and that’s what she’s facing now.

“There’s an election coming up in Australia and does the government really want to see another kid taken away by the AFP screaming and crying? I don’t think so.”

An Australian Federal Police spokeswoman said they could not act on new information without orders from the Family Court.

The FBI recently confirmed its investigation was ongoing. A felony California state warrant was issued in 2002 for Camilla Lunetta for deprivation of child custody. A federal warrant for Unlawful Flight to Avoid Prosecution was issued in U.S. District Court (federal) in 2004 after the District Attorney requested assistance.

“I’ve offered her that if we can get them to Norway she will have primary custody.

“I don’t want my daughter to see her mum taken away in handcuffs. That’s what I’m trying to avoid.”

Ms Ellefsen Lunetta has been unlawfully in the country since 2003.

A NSW Police spokesperson said that under the Migration Act 1958 NSW Police Officers can detain an unlawful non-citizen.

“Police liaise with the Department of Immigration and Citizenship to determine whether or not a person is lawfully in Australia,” they said.

A Department of Immigration spokeswoman said they could not discuss individual cases for privacy reasons.

“Any person found to be in the country without a valid visa may be subject to compliance action.”

This morning Mr Lunetta updated his hundreds of Facebook followers.

“EVERYBODY PLEASE READ – I am with Camilla & Reya, literally hiding them from the potential arrest and extradition back to California for a prison sentence for felony kidnapping,” he wrote.

“We have been trying for hours to get the Norwegian government to intervene, work with the Aussies to deport back to Norway for the visa violation. But the Norwegian Government has been unwilling to do a f***ing thing.

“If you are in Norway PLEASE put pressure on the authorities to Help This Child, my daughter. –Brozzi”

Mr Lunetta told news.com.au that his ex-wife was cooperating.

“Absolutely, as much as she is capable,” he said.

“She’s been running this show underground for the last 10 years.

“She thought she’d be able to get out of here without me finding her but I’ve found her.

“Given the situation she’s in she knows she doesn’t have the leverage she used to have.”

He said his daughter was doing well considering her confusing ordeal.

“She’s OK. By bed time last night she was cool,” he said.

“For Reya it’s overwhelming. She’s not scared of me so I can tell there’s been no vilification.

“The possibility that my daughter will be with me in Norway in a month … this could have such a happy ending if we could just get off the rocks.”

Both mother and child remain listed as missing on the Family Court of Australia website.