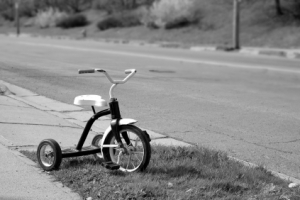 CHURCH and domestic violence groups have been accused of aiding underground networks that help parents breach custody orders and go on the run with their children.

Parents, unhappy with Family Court custody decisions, are kidnapping their own children, and are using family, friends and other resources to stay under the radar.

The parents left behind, who are legally entitled to custody of their children, are having to dip into their own pockets to ask the courts to hear their applications for recovery orders.

The Family Court and Federal Circuit Court of Australia in Queensland are issuing about three recovery orders a week, with 156 of the “last resort” orders made in the last financial year – the most in the country.

Applications for them are considered urgent, but depending on how busy the court is, orders can take days or weeks to be heard.

Once granted, an order is sent to the Australian Federal Police, which can use state police to help find the children.

It is understood that once a recovery order is made most parents co-operate, however some continue to hide their children from authorities.

The parents hunting for their children can be up against church-associated groups or women’s centres, such as domestic violence groups, which can link parents to services that help keep them under the radar.

Family law experts claimed the Family Court was under-resourced and not able to help some parents, while lobby groups said some parents were forced to steal their children because the courts refused to acknowledge domestic violence or sex abuse.

Dan Bottrell of Jones Mitchell Lawyers, Queensland’s largest family law firm, said he suspected the large number of recovery orders being made in Queensland was because of southerners seeking tree or sea changes in the state.

Mr Bottrell said once relationships broke down, one parent often wanted to return home to their former state, causing some friction in relation to parenting arrangements.

One parent, who cannot be named by law, claimed a domestic violence group and others had helped a former spouse hide two children from the courts and investigating federal police.

When six officers finally found the children – who had been missing for a month – they had been given new SIM cards for their phones and had access to a number of different computers.

The parent who had illegally taken the children had limited funds at the time.

The aggrieved parent, who applied to the court for a recovery order, was told by the children they had been moved between a number of houses when the AFP were close to finding them.

The offending parent repeatedly denied knowledge of the children’s whereabouts to police.

“If the courts continue to fail parents’ expectations of keeping their children safe, people will be forced to take protective action in which, of course, breaching court orders is regarded as much more unlawful than failing to protect a child,” Ms Cotterell-Jones said.

A highly placed source associated with parental disputes acknowledged being told of anecdotal evidence that church groups had also helped some parents.

“These are highly discretionary issues, in how people (the courts) understand violence and abuse,” Ms Rathus said.

“I do think some of the experts who are used a lot in the courts don’t necessarily have the relative expertise in domestic violence.”

In a statement, the AFP told The Courier-Mail its role in the family law process was to act on specific orders of the court.