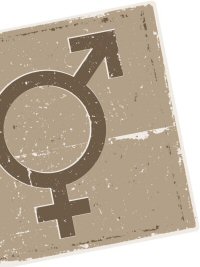 A 12-YEAR-old child who was born a boy but raised as a girl since “early in life” will be given puberty-blocking drugs.

The Family Court of Australia has granted approval for the mother of “Jodie” to start urgent but reversible “Stage 1” quarterly injections to suppress male puberty after doctors warned the child was at risk of “self harm”.

The ruling is likely to spark further debate over changing the gender of children in Australia as the legal system grapples over whether oestrogen treatment should be given to a child when they turn 16.

It is only the fourth case in Australia involving a child so young, with the other cases involving two pre-pubescent children changing their gender from female to male, most recently an 11-year-old child known as “Jamie”.

The decision over whether to start “Jodie” on the “Stage 2” drugs hinges on a Full Court appeal currently under way involving “Jamie” whose parents want her to undergo oestrogen treatment to become female at the age of 16.

In the current case, Justice Christine Dawe declared the “evidence is compelling and clearly indicates that the child is likely to suffer significant, detrimental, psychological and emotional effects” if stage 1 treatment is not commenced.

Her ruling means Jodie, who has been known as a girl since mid-2007, will receive injections every three months to prevent her voice deepening and facial hair growth.

According to the judgment, she has undergone psychiatric treatment for a decade and was diagnosed by an infant child psychiatrist in 2008 as having Gender Identity Disorder.

Three other doctors backed up the psychiatric disorder diagnosis, declaring treatment with puberty-blocking drugs was the only option because she had lived as a “girl for a significant period”.

Her mother, step-father, extended family, teachers and doctors had all acknowledged her as a girl.

A paediatric endocrinologist told the court the drugs can be stopped at any time and any long-term effects are completely reversible. The doctor also warned that without the treatment Jodie would suffer “significant depression”.

“It is also likely to undermine her personal dreams and ambitions,” he said.

Australian Transgender Support Association of Australia Queensland president Gina Mather said up to 6000 Queensland transgendering adults and children had sought help in the past 20 years.