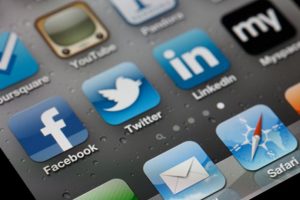 Can SMS Text Messages be used as Evidence in the Family Court? The short answer to this is YES, YES and YES again.

In fact, not only are SMS text messages admissible as evidence in the Family Court (and all other family law jurisdictions), but so are emails, Facebook posts, Twitter tweets, skype transcripts, and YES, even comments on our very own Family Law Express forum, and any other electronic messaging that have become ubiquitous in the time of accessible mass communication.

For instance, in a recent hearing at the Federal Circuit Court,  Judge Warwick Neville ordered a marshal to investigate Facebook postings made by a father involved in an acrimonious child custody dispute. The unnamed father had reportedly made harsh criticisms of the court system on the social networking site. The man had also revealed confidential information about the case, claimed the magistrate and expert witnesses had been duped by the mother and even alleged that the mother abused their children.

In another case, a mother in the middle of a custody dispute hds been caught boasting on her Facebook page how she thought about ripping her husband off for another $20,000. “Felt like being a smart arse,” she wrote, signing off “Bwahahaha lol.”  Lawyers are now advising their clients locked in Family Court fights to take down their Facebook pages as the networking site has become both the latest weapon and target for warring spouses.

Did you know that Family Law Express are on Twitter? Yes indeed, and we have almost 500 followers. So why not join the two-way instant communication revolution. http://twitter.com/familylawxpress

But this ominous warning is one that is simply not being heard by many parents, with emails and SMS text messages now being the single most relied upon form of evidence submitted in family law proceedings in Australia, even carrying significantly more weight because they are often not disputed.

However, apart from the obvious, electronic messages can play a vital role in your family law circumstances, even if you are not planning on going to Court. Many disputes hinge on whether one parent or the other has received (or read) a particular email, which can be very hard to prove sometimes.

I recently attended a hearing in Court in assistance of one of the members of Family Law Express. In this case there was an interesting dispute over evidence, being an alleged email.

As the parents had a poor relationship, email correspondence was the standard way that they would communicate, so the fact that the father had alleged that he sent an email advising the mother of this event was not out of the ordinary.

The mother however claimed that there was no email. She alleged that this was all part of a pattern by the father of late deliveries, and that the ‘email’ story was a concoction made up as an excuse for Court.

Now this issue, as it so happens, was not further investigated by the Court, but had it been, it could have ended up being a key deciding issue leading to the credibility of both of the parties.

Had proper measures been taken by the father, for instance, he could have, assuming he was telling the truth, proven that not only did he send the email, but that his ex-wife actually read the email. He could also have also shown what time she read the email, for how long she read it, from what location and internet account, and even from which computer.

As it should be clear in this instance, with a little preparation, the ex-wife could have been conclusively shown to have ‘lied’ or mis-represented the facts in Court on this matter, had she in fact been untruthful.

I raise this story because time and time again I have cautioned separating parents to think carefully about the emails they send during the ‘difficult’ early periods of separation.

I also urge separated parents who correspond primarily via email to safeguard their correspondence by either BCCing a trusted friend, by using a standard Return Receipt facility if available in your email client, or ideally by using a professional email forensics service such as ReadNotify, which not only provides Court admissible proof that an email has been sent, but also when it has been read by the other party. (and provides extra services like self-destructing messages after having been opened once, which makes it difficult to copy or print the email contents.

For a free trial of ReadNotify , simply register via teh below website, or download the email client add-ons, as listed below/

These add-ons work with your existing email client on your computer. When you send an email, you will see a new button that will give you the option to track it if you wish. After you sent the first tracked email, the system will register you for the Free Trial.