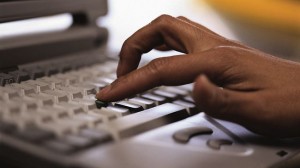 Lawyers say the online process takes the strain out of an already tense situation and reflects society’s increased use of the internet to do business.

Figures from the Federal Magistrates Court 2011-12 annual report show the number of divorces filed online increased dramatically to 9493 last financial year, up from 6765 the previous year.

The 40 per cent increase in applications was higher than that of traditional Australian divorces which climbed just 2 per cent during the same period from 44,964 applications in 2010-11 to 46,031 last financial year.

“I think we are seeing an increase in eFiled divorces as more applicants look for a convenient means of dealing with the courts,” she said.

eFiling enables divorcing couples to complete, lodge and pay for their divorce online, without attending court within business hours.

“Applicants in rural areas, those too busy to get to the court registry and those people deterred by the formality of a court system are drawn to eFiling, especially as we all become increasingly accustomed to doing business on the internet,” Ms Miller said.

In just one year, the number of couples filing for divorce online nationally rose to 9493 from 6765.

“On the flipside, some commentators worry that the informality of online divorce undermines the commitment of marriage.”

“We now do many things online, banking, shopping, research etcetera and people are now more accustomed to having such exchanges online in other areas that they feel more comfortable in doing so,” she said.

“However, people who are not internet savvy may struggle to do so unless they get some assistance.”

She said couples would have already decided to split well before lodging an application.

“People make comments that everyone is divorcing, but my reality is that my clients, whether they come singly or as a couple, struggle hugely to make that decision,” she said.

“It would be less upsetting to do it online than actually go inside a court building or wherever else, but it doesn’t diminish the trauma that they have already gone through in terms of coming to that decision.”

Families have until November 9 to lodge applications for the courts to hear and rule on custody disputes for the holiday period, but lawyers say many families don’t realise that they need to act immediately.