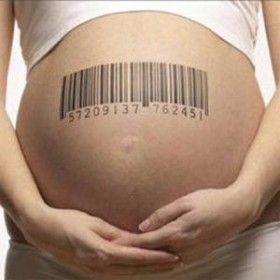 A COUPLE who hired an illiterate Indian woman to be the surrogate mother of their twins was ordered by a judge to return to India to prove she had not been exploited.

The Hindi-speaking woman, who cannot read and doesn’t understand English, used a thumb print to sign a 29-page contract written in English.

She gave birth to twins and handed them over to the same-sex couple in 2011.

But in the Family Court earlier this month Justice Ryan said she was concerned the woman had no idea what was in the contract.

“There is nothing in the document which suggests that before the birth mother signed that it was read and translated to her,” Justice Ryan said.

She ordered the men, from Sydney, to travel back to India to prove the woman understood what she had agreed to.

Another Sydney man who is before the Family Court and asked not to be named said he had paid more than $30,000 after being ordered by the court to return to India to find the surrogate mother of his child.

“That’s just to find the person, without taking into account … how much the court process costs,” the man said.

The parents of the twins paid their surrogate mother about $4000 after deciding to go ahead with the process in 2010.

But when the men applied to be recognised as the children’s legal parents, Justice Ryan declined to hear the application. Instead, she granted the pair parenting orders, which has a different legal status.

The men, aged in their late 30s, told the court they went through the legal process so their family would be “honest in the eyes of the law”.

The surrogacy ended a three-year journey for the men, who brought the matter before the Family Court last year. After hearings in August, it took until this month for Justice Ryan to deliver her decision.

The federal government has ordered the Family Law Council to examine local laws following a rise in the popularity of commercial surrogacy.

India’s popularity as a destination for would-be parents who can’t have their own children is likely to decline after the Indian government banned anyone other than heterosexual couples who had been married for at least two years from entering into a commercial surrogacy program. The country had become a popular alternative for same-sex couples with a surge in surrogacy arrangements in the past few years.

US clinics offering similar services have attempted to discredit the Indian programs in recent months, describing the subcontinent as offering “third world” conditions.

Parents try to keep children out of courts

THE number of surrogate children born overseas who have no legally recognised parent in Australia has grown almost 10-fold in four years as families look to avoid the court system.

The surging popularity of commercial surrogacy has seen the number of children brought back to Australia who have no legal parent jump from 144 in 2008 to more than 1400 last year.

Experts said the arduous and expensive court process faced by parents to be legally recognised means that many don’t bother.

“It’s so expensive to go through the court process and the level of stress and scrutiny parents are put under means they will avoid it if they can,” Surrogacy Australia president Sam Everingham said.

“The laws and the process need to be reformed because what we’re seeing shows that Australian laws are not keeping up with the evolving way that families are formed.”

Lisa Banfield couldn’t imagine anything worse than having to front a court to be legally recognised as a parent after going through the surrogacy process.

The mother pushed herself to the point of exhaustion at the end of her journey where a surrogate mother gave birth to her twin boys in the US in 2004.

“By the end of the process you are emotionally and financially exhausted,” Mrs Banfield said. “Most parents I talk to don’t care about going through the court process.”

Mrs Banfield and her husband John went on a six-year quest that cost $280,000 and ended when a 38-year-old Californian woman gave birth to Joshua and Lucas.