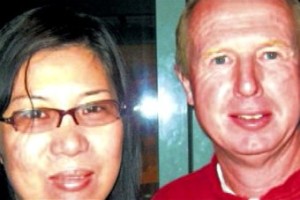 Thai authorities have ruled out taking legal action against the Australian biological parents of Gammy, the baby with Downs syndrome separated from his twin sister in Australia when allegedly abandoned in Thailand by his biological parents.

However, Australian authorities seem to be singing a different tune.

West Australian child protection services have been called in by police to investigate the “suitability” of the Australian biological father of baby Gammy following the public disclosure of sex offences against children.

Court documents have revealed that David John Farnell, the fifty-six-year-old Australian father at the centre of the international surrogacy controversy, has been convicted of more than 20 child sex offences.

It has now been revealed Mr Farnell has 22 child sex convictions, including unlawful and indecent dealing with girls when he was in his twenties. See 60 Minutes story.

Western Australia’s Department for Child Protection has launched an investigation into the safety of Gammy’s twin sister.

In a further development, WA’s Minister for Child Protection says she has asked her department to consider whether baby Gammy and his sister should be reunited.

Speaking to 720 ABC Perth, Minister Helen Morton said the department’s immediate concern was the safety of the baby girl living in Australia, but that she has asked staff to look at “whether there is a requirement for us to facilitate some bonding between Gammy and his sister.”

“We are interested in the fact that these two babies are twins,” she said.

“I’ve asked the department to give me an understanding of the impact of separation and needs for bonding for these two children, and what that may mean.”

Dr Alan Campbell is a research fellow in social work at Curtin University, and previously spent 10 years as a psychologist at the WA Family Court.

He said that while the case of Gammy and his sister is atypical, the trauma caused by splitting up siblings is well understood.

“There’s a lot of literature to suggest that twins and siblings, when they are separated from each other, experience a lot of ongoing trauma,” he said.

These concepts of separation anxiety are mostly heard within the context of family court proceedings, where one of the litigants, being either a parent or a child representative, argues for ongoing contact between siblings, despite the contact or residential outcome.

Some critics have argued that too much emphasis has been placed on contact between extremely young siblings, however these ideologies are so firmly entrenched within the psychological adjunct of family law, that it would be hard to resist these zealous demands lest it be claimed that it would further damage the children involved.

It seems the real battle for these children is soon to begin, and with all this publicity from around the globe, the Department for Child Protection will be under extreme pressure to not only act in the best interests of both children.

Let’s hope that unlike the Western Australian Family Court, it can achieve these goals without needing to immerse itself in some of the bizarre ideologies on child welfare that can ultimately forget that children are part of families as well.