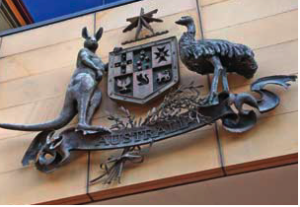 REFORM is needed to end the “disconnected” relationship between the Family Court and state child welfare agencies, support groups say.

Child and family support groups yesterday called for either a single court to deal with at-risk children or co-ordinated roles shared between the Family Court and state courts.

And they urged state welfare agencies, which use criminal courts to seek child protection orders, to work more closely with the Family Court.

The Australian yesterday revealed a legal stoush between the commonwealth and Tasmania over a Family Court ruling that its judges have the power to compel state agencies to take parental responsibility for children.

In a case subject to an appeal by the Tasmanian authorities, judge Robert Benjamin ruled that the court had the power to impose parenting orders on the state in cases where no adequate alternative was practical.

Justice Benjamin said it would “beggar belief” for him to be unable to impose such an order in cases where there was no one else suitable to care for a child at risk of abuse.

The Tasmanian authorities have appealed, claiming the court has no such power and must rely on the state agencies to act as a “safety net”.

Federal Attorney-General Robert McClelland revealed yesterday he had written to the state and territory child protection ministers seeking their views on improving collaboration between the family courts and state authorities.

Mr McClelland acknowledged inconsistencies between the two, and said the government hoped a review by the Australian and NSW law reform commissions would lead to improvements.

The group urged the federal government to integrate the two systems and improve the sharing of information between them.

Ms Page said the Family Court should be given powers to make child welfare orders, and children’s courts the jurisdiction to make parenting orders.

And there needed to be more resources for risk-assessment and family support.