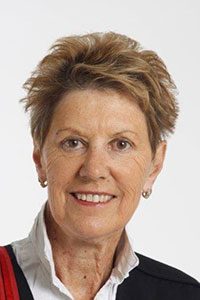 THE Chief Justice of the Family Court has called for a radical change to the law to provide more protection to family members at risk of violence.

In what could be a contentious proposal, Chief Justice Diana Bryant wants information from confidential mediation sessions between separating couples to be given to family law courts if there is believed to be a risk to a child or a parent’s safety.

The types of information provided would include evidence of violence or mental health and drug and alcohol issues. Judges would use the information to help with decisions about parental access and where children live.

Under existing law, any information that emerges in a mediation session is confidential. But mediators can make reports, usually verbal, to child protection authorities and police.

In an interview with The Age, Justice Bryant said she had recently raised her concerns with the federal Attorney-General’s Department.

She said there might be cases where risk factors could be missed if full information was not given to the court in the early stages of a case. ”You might have a mediator … who has formed a view that mental health issues are a serious problem. They can’t provide that information,” she said.

”All of the information that is conveyed to mediators in family relationship centres is privileged. They might have quite a lot of information about family violence from their screening tool which can’t be shared with courts. So when people come to court they just start off fresh with an application.

”I do think we ought to look at whether we can get something more from those organisations … something more that informs the courts when an application is filed to alert them to issues that need to be dealt with as a matter of urgency.”

The government is exploring the issue. Attorney-General Robert McClelland last year asked the National Alternative Dispute Resolution Advisory Council for advice on changes required to protect the integrity of the mediation process, including confidentiality. It will report later this year.

A spokesman for Mr McClelland said it was important to balance the need for courts to have access to the best evidence they can obtain to deal effectively with serious matters such as family violence, and the need to protect family dispute resolution and ensure it is a place where parents can speak frankly to reach agreement.

Under existing law, separating couples who want to settle disputes in the Family Court or Federal Magistrates Court must first go to a family relationship centre or other mediation service, except in cases of violence. If that session breaks down, they can then go to court.

”It’s really in the early stages when you don’t have a lot of evidence that it’s important for these issues to be raised,” she said. ”Every decision that is ever made by a judge is only as good as the information and the evidence you can make it on.

The idea has been backed by the Law Institute of Victoria. President-elect Caroline Counsel said courts should not be ”blind-sided” by insufficient information.

”It is ultimately charged with the duty of making orders in the best interests of children. If there is information that is made available to them that is pertinent to those issues, surely a better decision can be made if the court is apprised,” she said.

But Samantha Page, executive director of Family Relationship Services Australia, said mediators should be able to alert courts to families at risk without divulging confidential information.

”We would be concerned that removing those confidentiality provisions would discourage people from being open and honest about things that have happened in the past, things they’re worried about, if they knew that was no longer confidential,” she said.