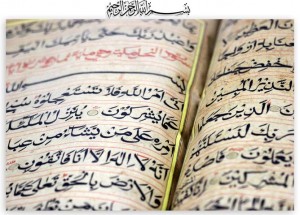 What comes to mind when you hear the words ‘Sharia law’? Terrorism?

Extremism? Perhaps if you’re Palmer United Party’s Jacqui Lambie, who recently backed a campaign to ban burqas, linking Sharia law with terrorism and calling those who adhere to the Islamic code to “get out”.

“If you are not going to show your allegiance to our law, then get out,” Ms Lambie told ABC’s Insiders.

But the Tasmanian senator was tongue-tied when asked what she understood sharia to mean.

“Well I think, um, when it comes to, um, sharia law, um, you know to me it’s um … it obviously involves terrorism. It involves a power that is not a healthy power,” she said. “It is one law for all – that is the Australian law, full stop.”

So what exactly is Sharia law? Dr Jamila Hussain, a research associate at the University of Technology Sydney told SBS, Sharia encompasses all aspects of a Muslim’s life.

“The overriding principle of Sharia is justice. It’s very broad and includes ordinary ways of life, for example how you behave towards other people.

Religious duties like prayer and fasting and giving to charity – which is very important,” she said.

“It also includes how you behave towards other people. And it includes things like commercial law, inheritance law, family law.”

Sharia is the moral, legal and religious code followed by all Muslims, but made notorious by extremist groups like Islamic State wanting to implement hardline aspects of Islamic law.

In Arabic, Sharia means “the clear, well-trodden path to water” and is based on the teachings of the Koran, the life of Prophet Mohammed, and the expertise of Islamic scholars.

Islamic scholars form this code through ‘fiqh’ or Islamic jurisprudence, which is used when interpreting Sharia. While Sharia is enshrined in the Koran and unchanging, fiqh can vary according to the situation at hand, meaning Islamic law can adapt and remain applicable to modern life.

According to Massey University’s Christopher van der Krogt, Islamic law is elaborated by scholars, often as a critique of what the rulers are doing.

“Scholars (the ulama) claim to know best what God requires because they have studied the Qur’an and the sunna, as well as the works of their predecessors.

Naturally, they often disagree with each other on matters of detail, and there are five distinct schools of jurisprudence in the Islamic world today. Four of them are Sunni and one is Shii (Shiite).”

Hadd, the most serious offences, have set punishments. According to the Oxford Islamic Studies, these Hadd offences include:

Qisas involve retribution crimes against a person who has inflicted physical harm (murder, manslaughter or physical injury). The family can waive corporal punishment in exchange for financial compensation.

Tazir are severe crimes that do not measure up to the strict requirements of Hadd offences. Punishment can range from the death penalty, fines, imprisonment and caning. The decision depends on the discretion of the judge at hand.

Dr Hussain explained that while punishments do happen, they are only carried out in conservative Muslim countries, and are not representative of what Sharia law is about.

“The criminal offences mentioned in the Koran which to our way of thinking today are very cruel and outlandish,” she said. “Those punishments are not enforced anywhere except in a handful of very conservative Muslim countries… Saudi Arabia is a very good example.

“The majority of Muslim countries do not enforce that kind of criminal law at all. And nobody is calling for it in Australia.”

Western media coverage of Sharia law has generally been associated with cruelty or oppression, including a report that Indonesia’s staunchly conservative Aceh province was proposing to punish gay sex with 100 lashes.

Earlier this year, the arrest of a Sudanese Christian woman sentenced to death for apostasy made international headlines, sparking mass outrage.

“It’s what people see on the TV, it’s what people hear on the news. It’s what people read in the papers,” said University of Sydney legal academic, Dr Ghena Krayem. “If your main source of knowledge or information about Islam or about Islamic legal principles is from the media, then of course you’re not going to know how it really operates.”

“It has nothing to do with terrorism,” Dr Hussain said. “Some terrorists have hijacked Islam in order to explain their actions or to get more popularity among Muslim populations. But they’re not acting according to Sharia or according to Islam.”

Do Australian Muslims want Sharia law to be implemented into the Australian legal system? According to Dr Krayem, that answer is a resounding no.

“The current assumption that Muslims want a separate legal system that is called ‘Sharia’ – that’s simply not true,” she told SBS.

“What might surprise most Australians is that most Muslims live according to Sharia everyday of their lives. They live harmoniously. They’re not living in defiance of the Australian law. They’re not seeking to set up a parallel legal system.”

Dr Khrayem said the idea behind the desire to accommodate Islamic principles in the Australian legal system is so the system can be culturally appropriate for people with an Islamic faith.

“In 2012, there was a Family Law Council report about: how does the Australian family law system respond to the needs of a culturally and linguistically diverse communities. That’s what it’s about.

“How does the Australian legal system best serve the needs of its citizens? And I think that’s a fair enough question to ask.

“I don’t think anyone is standing there saying we want some special preferential treatment of setting up our own legal system or accommodating our own set of laws. No, the reality is that: we’re part and parcel with a multicultural society that is Australia. And it’s necessary for the legal system to think about how it responds to the people within it.

“It’s not imposing anything external; it’s not sacrificing Australian values. Not at all.”

Dr Khrayem added that under Islam, Muslims are obligated to “abide by the law of the land.”

“One of the first obligations that Muslims feel they have upon them as Australian citizens is to abide by the law of the land,” she said.

“And in the research that I’ve completed – in speaking to many of our Imams in Australia – when asking their views about the applications of Sharia in Australia, the first thing they often tell me is that as Muslims, we abide by the law of the land.”